Blinding Speed: Ride On The Back Of A 700hp V-10 Powered Dallara SP1 As It Passes EVERYTHING At Daytona 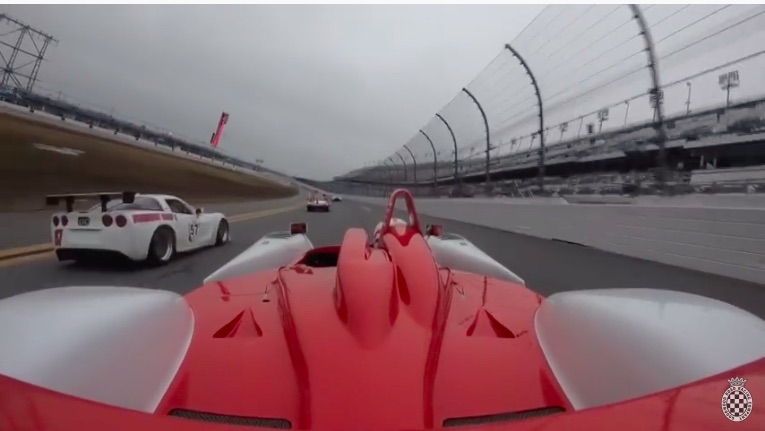 The march of progress in motorsport is unstoppable. It’s what makes things faster, lighter, safer, etc. Sometimes it is tough to illustrate that progression until you actually put stuff on the same racetrack from different eras and watch how much performance disparity there is between it. This video is brilliant in that respect because we’re at the Classic 24 at Daytona and it’s the qualifying race. There is a huge spread of stuff on the track but our whip is the nastiest thing out there, a 700hp Dallara Sp1 that’s probably about 20 years old.

The Dallara is powered by a 700hp Judd V10 engine. This thing sounds amazing and  it’s stats are pretty sweet as well. The engine will turn 11,000 RPM, it weighs about 320lbs, and it’ll go 1,800 miles between rebuild cycles in a race car, so this is going to be an expensive weekend for this team at the endurance race because they are going to eat up a lot of those 1,800 miles!

So the Dallara likely dates back from the early 2000s but the rest of the stuff on the track seems to go a little further back than that, with a few exceptions. There are neat old IMSA GTO class cars out there, some old IMSA GTP machines, even a Group 44 Jaguar which is awesome, and plenty of stuff we have never seen before.

The point of this is that the Dallara is so fast and so much faster than the other stuff we see it making time and swallowing people whole on the straights, in the corners, and the closing speed he has on the banks is insanity. Christophe D’Ansemborg is the driver and boy is he ever. What a nice smooth job at the controls and what a beast of a car to be controlling.

Watch technology and horsepower mangle history in this video –

Big Diesel Power Video: This Massive And Hot Rodded Cummins KTTA19 Engine Grinds Out Impressive Power On The Dyno Iron Giant Video: The Story Of Massive Presses And How They Have Literally Shaped The World