Cool Suspension Video: Ride UNDER A 1988 Thunderbird As It Attacks The Autocross

Oct 09, 2020Brian LohnesApex Video, BangShift APEX, RACING & ACTION, VideosComments Off on Cool Suspension Video: Ride UNDER A 1988 Thunderbird As It Attacks The Autocross 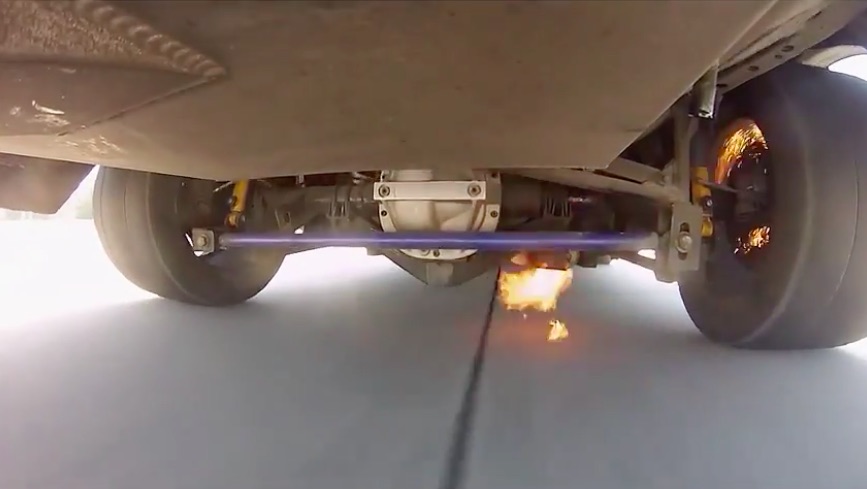 We have not run a good “under car” suspension video for a while now and frankly, we’re sorry. The goal is to make up for lost time with this one, though. We’ll be riding under a 1988 Thunderbird that is not powered by a hairy V8 but what sounds a lot to us like a turbocharged four banger engine the likes of which could have been had in the great Thunderbird turbo coupes of the era. This one has obviously been cranked up as the car hauls ass and really puts the suspension to the test both laterally and forward to rear.

The caption on the video says that the driver was having issues with the car lifting a tire in hard cornering and since we do not see that in the video, it seems that his tweaks and adjustments have gotten that problem licked. Autocrossing and drag racing are similar in many respects and one of them is the fact that tuning changes can have drastically larger performance improvement effects than throwing more power at something. Getting the combo sorted is way more effective than just trying to continually use a larger and larger hammer to hit the ground with.

Lastly, we get some bonus stuff happening in this video. From seeing the tires grip the corners to watching the brake pads throw sparks and the exhaust throw fire, this looks to be one hairy little car. The suspension is not exotic stuff but there’s plenty of rear bar under there, and a bolt-on style high performance setup underpinning the car.

Neat piece and a fun video to watch for sure.

VIDEO: Prepare to be obsessed with Dave Roper, the first American to win at the Isle of Man TT Shut Up, It's A Great Idea: Furze's Flame-Throwing Screw Tank Is Finished!