Ride With Nick Mason of Pink Floyd As He Races His Classic Ferrari 512 Up Goodwood! 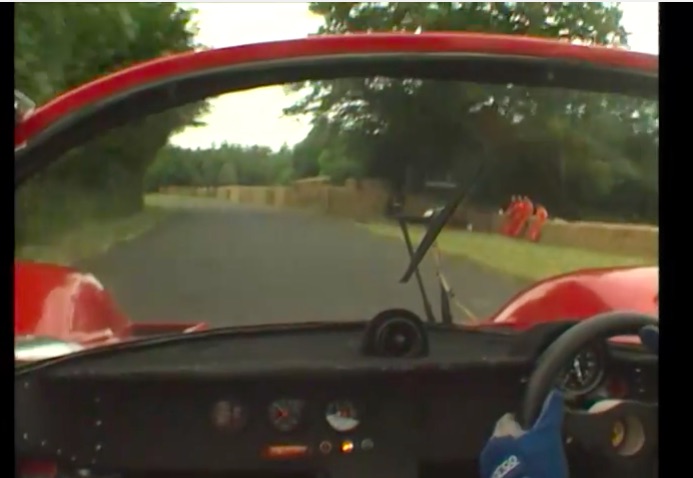 Being that today is 5/12 I figured it was only right that we celebrate the totally awesome Ferrari 512! This video is cool for the stuff you can see AND the stuff you cannot. For starters you CAN see the hands attached to the arms of Nick Mason of Pink Floyd. Mason is a huge car guy and has an incredible car collection. The best part of his whole program is that he loves racing and can often be found pounding the stuff as it was originally designed to be used. In this case we’re looking back to the 1995 Goodwood Festival of Speed and taking a trip into the cockpit of the vintage Ferrari 512 that Mason piloted up Lord March’s driveway.

The Ferrari 512 was produced in the late 1960s and early 1970s to battle with the Porsche 917. This car has a 5.0L V12 (hence the name) and you will hear that glorious engine making its sweet sounds as Mason works the throttle and brakes on the hill. The car has a tubular steel chassis, a wheelbase of about 95-inches, and it debuted at the 1970 24 Hours of Daytona. Shortly thereafter one of these babies tooth checkered flag at the 1970 12 Hours of Sebring. The only bad news is that it was the only win for the car and Porsche won every other race that season.

The car’s life and factory support was short lived because of engine displacement rules changing in the sports car world. The 5.0L V12 in this car was no longer the hot ticket so Ferrari switched gears and concentrated on smaller 3.0L engines and different classes of racing.

While the cars were not highly successful, they are beautiful and completely summarize the killer design language of this era in sports car racing. These cars are also very valuable with examples selling for millions upon millions of dollars at auction. We’re glad that Nick Mason treats his like this!