Roadkill: The Boys Slap A Turbo On A Datsun, Road Trip It, Autocross It, And More 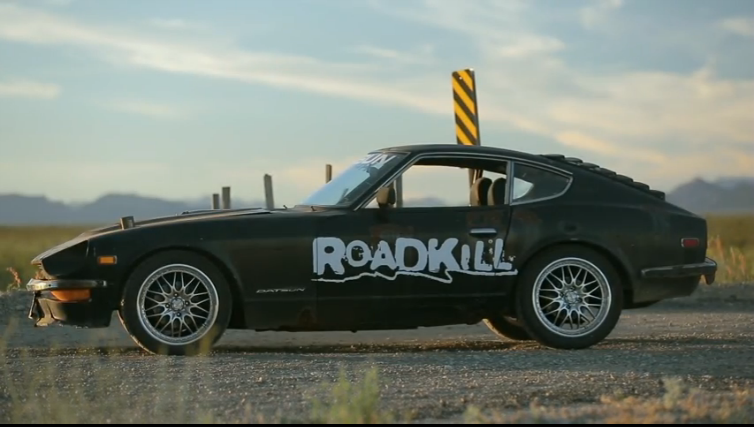 It’s that time of the month again ladies and gentlemen, Roadkill is back! This month, the boys are headed to a Goodguys autocross with their project Datsun that they call the Rotsun. This is a car that we all saw in the last episode of the show and it didn’t fare too well against the other Roadkill projects and a wimpy little front wheel drive econobox in an autocross challenge. In order to make things better the guys  bolt a Powerstroke turbo on the 4.3L Chevy V6 providing the power in the car. The good news is that the thing makes some real horsepower with over 400 at the tire. The bad news is that the guys really have to thrash to get things the way they want them to be…like that is a surprise, this is Roadkill!

The main idea is to get the car from the greater Los Angeles area to the Goodguys autocross in Arizona so that the guys can challenge said weenie econobox to an autocross fight again and prove that they have improved the Rotsun enough to blow it into the weeds. As you’d expect, it isn’t that easy. The car develops a couple of “attitude” problems during the competition but the guys are not the type of throw up their hands and walk off so you are going to have to watch for yourselves to see if they pull off the mission, lubricate the race track, or pull off the mission while lubricating the race track.

7 thoughts on “Roadkill: The Boys Slap A Turbo On A Datsun, Road Trip It, Autocross It, And More”