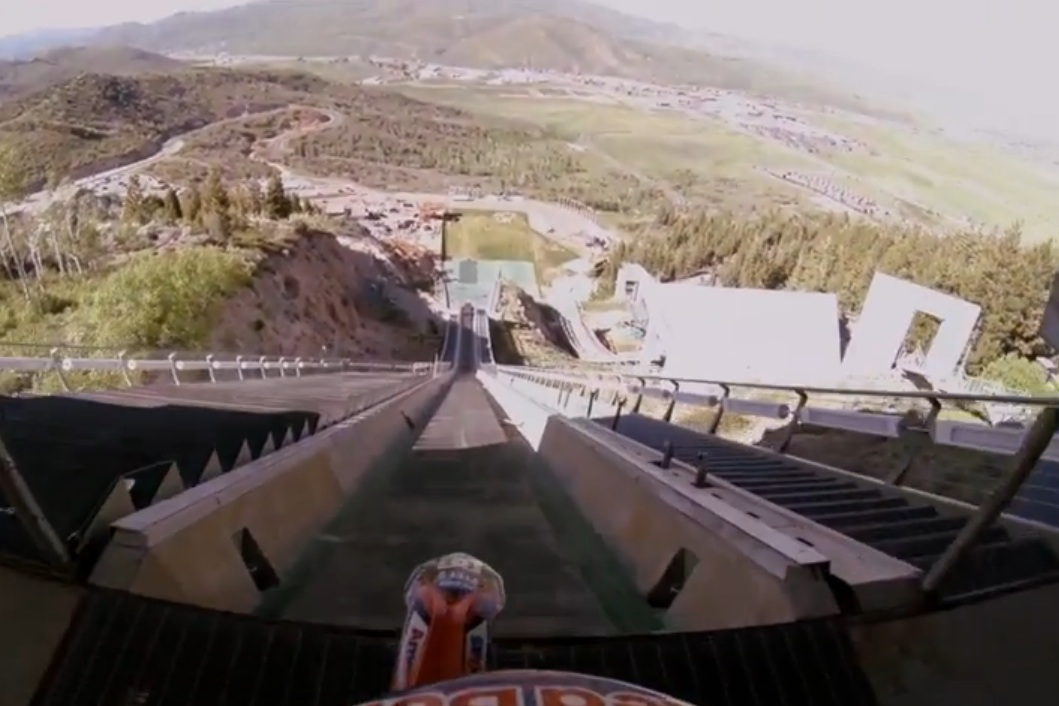 We’re not sure where it will end with guys like Robbie Maddison who seem to be super human, or are at least in the size of their massive balls. We had not heard that Maddison recently jumped his motorcycle off of an olympic ski jump for fun recently so when we stumbled on the video of him doing just that it blew our tiny minds. Not only does the guy go full throttle off the end of the ski jump, he rides an olympic bobsled course, pulls all kinds of nutso wheelies, and generally makes the world his sort of living playground. When you see him make the jump it is as if he’d beeing doing it every day for 10 years. It comes off without a hitch. The motorcycle stays level, he flies straight and true, and he lands the thing like the ground is made of pillows. At some point we guess you can only fall out of the sky so fast, but you know, YOU ARE FALLING OUT OF THE SKY.

You’ll be shocked to hear that Red Bull had a hand in the making of this video. You won’t be shocked because that company has so much money they literally sit around in a room and say, “Ok, we’re running our of room to put this, please think of an insanely expensive thing we can shoot that may cause someone to suffer a horrid death if they fail at it.” After that, some intern who cleans toilets tells them to send a motorcycle off a ski jump and now he’s some sort of vice president of creative advertising or something.

We’re not going to break this one down for you. Click the link below and your jaw will hit the floor.