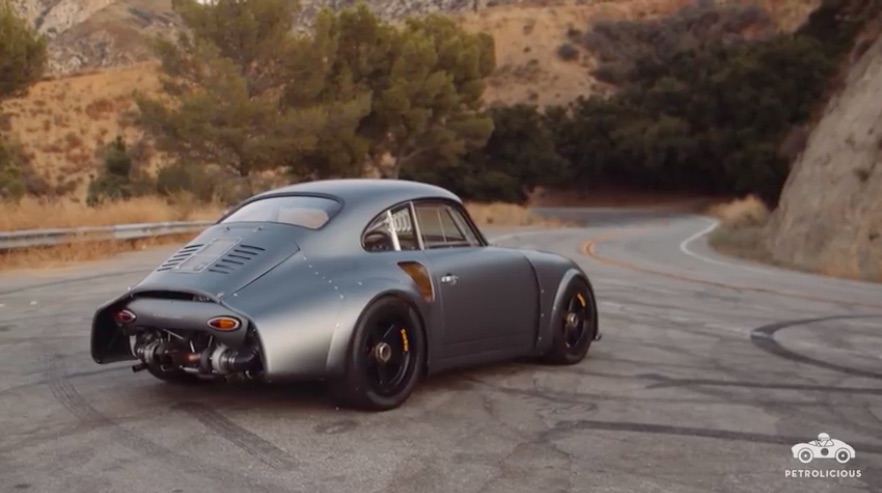 When the world’s best builders, especially those that have a specialty get creative ideas to build the cars that THEY have always dreamed of owning, magic happens. In the world of Porsche Rod Emory builds some of the finest and coolest examples of the 356 that exist in the world. His builds suit their customers and maintain the heritage of the 356 all while making them better than they were from the factory and lots of fun in the modern world. This car is a different story, though. The 356 RSR is the culmination of this guy’s life and his love of the brand.

It is really interesting to see someone as talented as Emory push the limits of styling, of heritage, and of performance while using an iconic car like a 356 as a base. This is not something that has an LS engine jabbed in the back. It has Porsche horsepower, looks, and DNA all through it. A true “what if” style machine that touches all of the elements that Emory wanted to touch without throwing the baby out with the bathwater.

It took us a while to figure out guys who concentrate on one style of car to execute their abilities on. It always seemed limiting, right? Some people build an insane variety of cars and everything is always new and different. To some degree we have come to the line of thinking that it may take MORE creativity to work within the box and confines of a particular model and keep the looks/builds fresh. Rod Emory’s car is awesome. It is powerful but not over powered it is stretched and expanded but not to the point of fatness. THIS is really an awesome piece.