Sep 19, 2019Brian LohnesApex Video, BangShift APEXComments Off on Ride Along For Some Hot Laps Of Mont Tremblant In A Killer Little Shelby GT350 Mustang 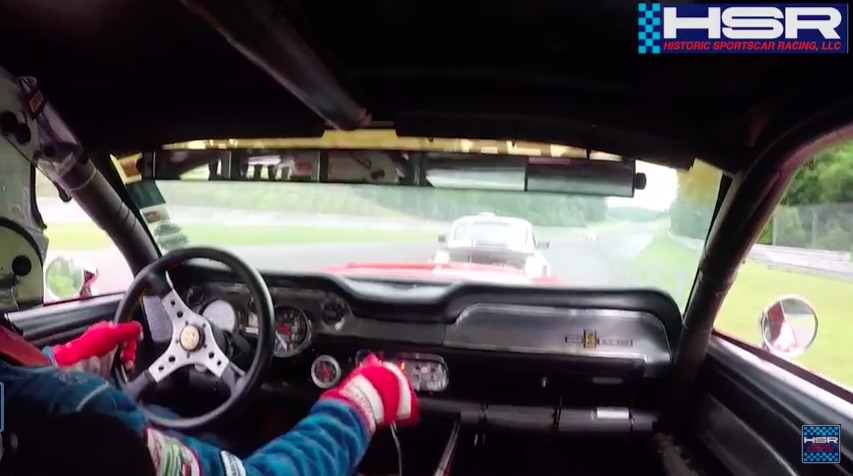 The Mont Tremblant road racing circuit in Canada has been a staple in the world of bendy road competition for decades. It was the scene of perhaps the worst Trans Am crash in history back in the late 1960s and it has made heroes out of many great drivers and humbled many more. As you will see, the course is both fast and technical, requiring enough guts to hold the pedal down when necessary and the skills to carve the corners up when in the thick of competition. In this video you will see a Shelby GT350 Mustang hammering around the track in the midst of several Porsche racers in more modern iron. The little buzzing small block powered Mustang does just fine in the pack!

We’ll never get tired of watching videos like this one. Between reveling in the coolness of the car there’s also the varying driving styles that road racers seem to possess. This guy is super relaxed to the point of almost looking like he’s just taking a cruise at times in this lap. Obviously he’s working the car pretty hard as you can hear the thing working and he’s and down the gears a bunch but he does not exhibit a lot of outward intensity, which is probably a good thing because it indicated that he has his stuff together, right?

Either way, we’re loving this action on the track. Mount Tremblant is a neat place, one that we have never visited. This ain’t the same as being there but damn it is fun to watch!