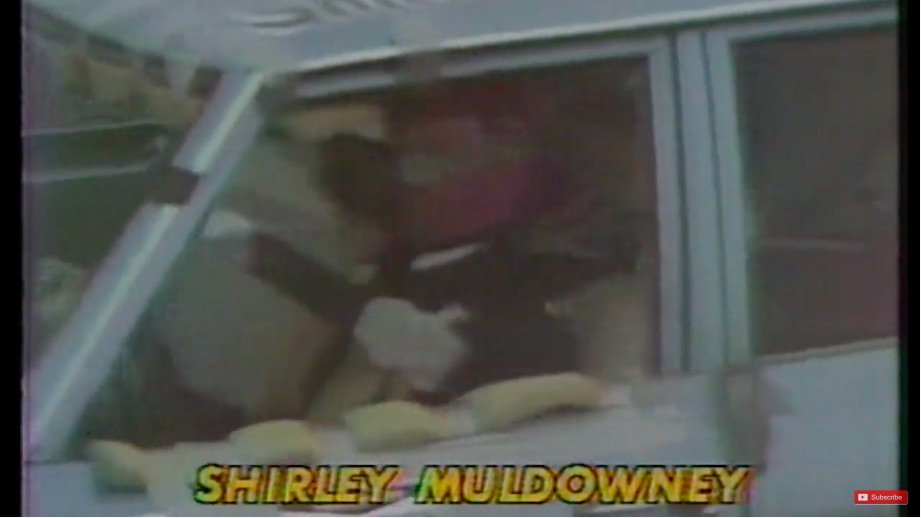 This is why the internet still spins our crank. Seemingly every day we run across a video, a photo, something, that captures a moment we never knew existed in the first place. Seriously, raise your hand if you knew the Shirley Muldowney participated in a celebrity demolition derby at Ascot back in 1976. No one? Just like we thought. This event was really something and it had a wild cross section of people participating. From Bill Simpson and Parnelli Jones to Muldowney, HB Halicki, Kent McCord, Rick Mears, and more! The event was aired on Wide World of Sports and Keith Jackson was the lead announcer.

What we love is that Shirley clearly had some strategy here and it worked. She was down to the last two cars when officials gave her the black flag because of an under-hood fire, apparently. That’s pretty lame but we dig the fact that she drove the Chevelle wagon she was assigned like a boss. There’s so much 1976-ness to this video that we can hardly contain our joy. Hell, it looks like one of the cars is sponsored by freaking Playgirl magazine?!

There are no really titanic hits in this one but the personalities and the fact that drivers like Parnelli and Shirley were involved makes this freaking awesome.

Press play below to see Shirley Muldowney nearly win a demo derby in 1976!