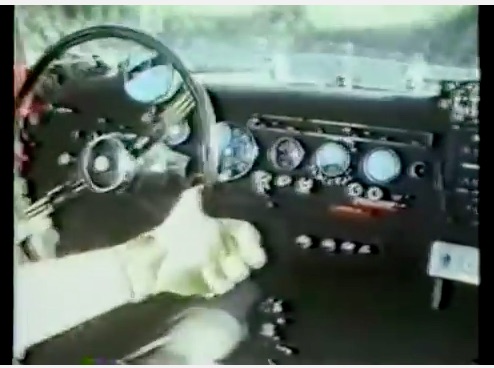 While the Shelby Cobra is certainly the signature piece in the legacy of Carroll Shelby, the Sunbeam Tiger is another English/American mashup he had his hands in and profited from. The Tiger was born back in the early 1960s when Sunbeam realized that their little Alpine was a cool car but it needed a bunch of horsepower if it were going to sell around the world. Believe it or not, they wanted Ferrari to build them an engine for the car and almost pulled off a deal. When that fell through the company went looking for a V8 engine that may fit into the small engine compartment the car had. With luck, they discovered that a Ford 260 would fit.

After making that discovery they contracted with Shelby to build a prototype and he quoted them a price of $10,000 and two months to have it done. Restless for a result, they also gave Ken Miles a car, $800, an engine, and two weeks. He pulled it off and basically proved the concept. When Shelby had his car done, it was far closer to what a finished product would and should look like.

The cars were made from 1964-1967 and about 7,000 of them were produced. Andy Rooney the famous journalist and later television commentator had one that he bought new all the way up until he died. He really loved the little car and pretty much anyone that we have ever talked to who’d driven one has said the same thing.

This video is from the 1965 Monte Carlo Rally and we’re riding both inside and outside of a Sunbeam Tiger as it attacks one of the most grueling automotive events the world has ever known. There were two Tigers entered in the race and if you can believe it, one of them finished 4th overall! That was the best finishing front engine, rear drive car in the whole event. A huge accomplishment for sure.

This is pretty cool stuff and we like listening to the driver/co-driver communication as the little V8 sings happily under the hood.