Small and Forgotten: The 1990 Isuzu Impulse Was A Strange Looking Little Thing 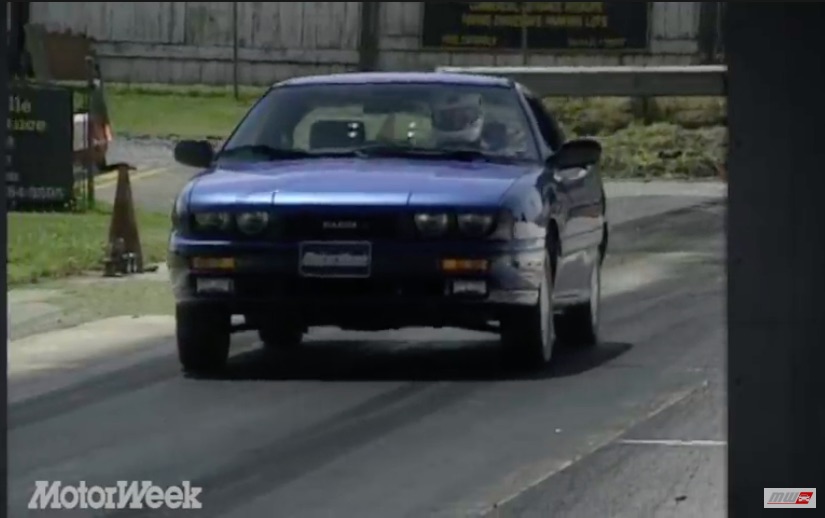 It’s always interesting when you can look back on a car 30 years after it was new. You can really use hindsight to see why things worked, why some things didn’t, and why a machine like the Isuzu Impulse XS is largely forgotten. Other than a front end that seems to be lifted from a Japanese cartoon, there’s really nothing much to remember. When you watch this 1990 review, what about it would attract you to buy this thing, other than the price? We’re coming up short here.

With rather tepid performance in a straight line, and the propensity to throw itself into the “three-wheel motion” when aggressively driving the car, it’s not really a performer in the traditional sense. It’s size made it bigger than some small cars and smaller than some mid-size cars. The interior is weird and overall it really looks like a “design by committee” exercise where compromises were made in every aspect of the machine.

The company did sell a bunch of these…as Geo Storms. Other than some of the styling cues, this thing was identical to the better looking Storm. At this time, Isuzu was selling a lot of trucks in America and they still do. They are still linked with GM of course. The little Impulse didn’t do much for the company in the car side of US sales and they have long since just concentrated on trucks.

The Science Of Engine Sound: This Video Does A Brilliant Job Of Explaining Why Engines Sound The Way They Do Listen Up: Too Fat To Fly - The Incredible Story Of How Big Rig Super Speedway Racing Started In America Circa 1979