The American Powertrain Monday Shift: Ride In Gene Felton’s Stock Car As He Rips Around Sebring! 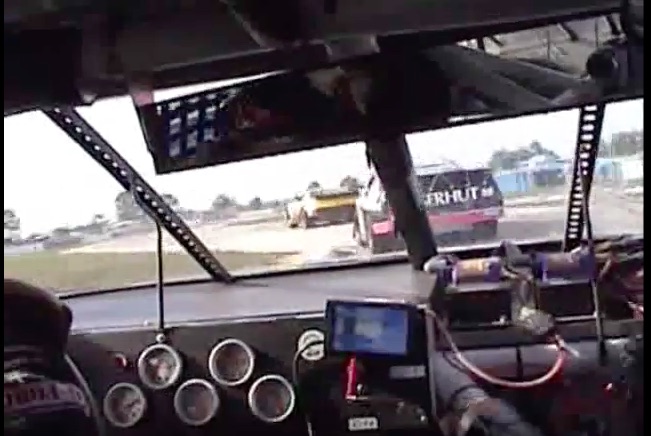 When people think about “vintage racing” they often envision guys in leather helmets and goggles burbling around tracks at the speed of an ice cream truck. Sure, that is part of the whole scene but lots of the stuff is way newer than you think. For instance, check out this video that was made at Sebring in 2006. It features a guy names Gene Felton racing the wheels off of an ex-Kevin Harvick stock car that he brought back to tip top shape. He’s on course with a bunch of other screaming mimis that all look (to us anyway) like former NASCAR iron. The video does not waste any time, starting just as Felton comes onto the straight and the green flag falls. The noise that little 358ci engine makes when he puts the pedal down is sublime.

Sebring is known for a lot of things but being pretty rough and hard on cars is one of them. You will see how badly Gene and company get jostled and worked around this course but you will also see the genius of the place. Few “tracks” in America have been running as long and providing as many memories and as much history as Sebring has. The guys must have been having a ball out their in their cars and it sure seems like Gene can drive the hell out of his.  Ripping it up and down through the gears is great to listen to and the close competition is fun as well.

We’ve shown road racing, we’ve shown stock cars, but this may be a first for an American Powertrain Parting Shift to have road racing stock cars battling it out. We approve.

Watching This Miniature Air Cooled Inline Six Engine Run With An Exposed Crank Is The Neatest Thing! Happy Birthday To The BUFF! The Boeing B-52 Stratofortress First Flew On This Day In 1952!