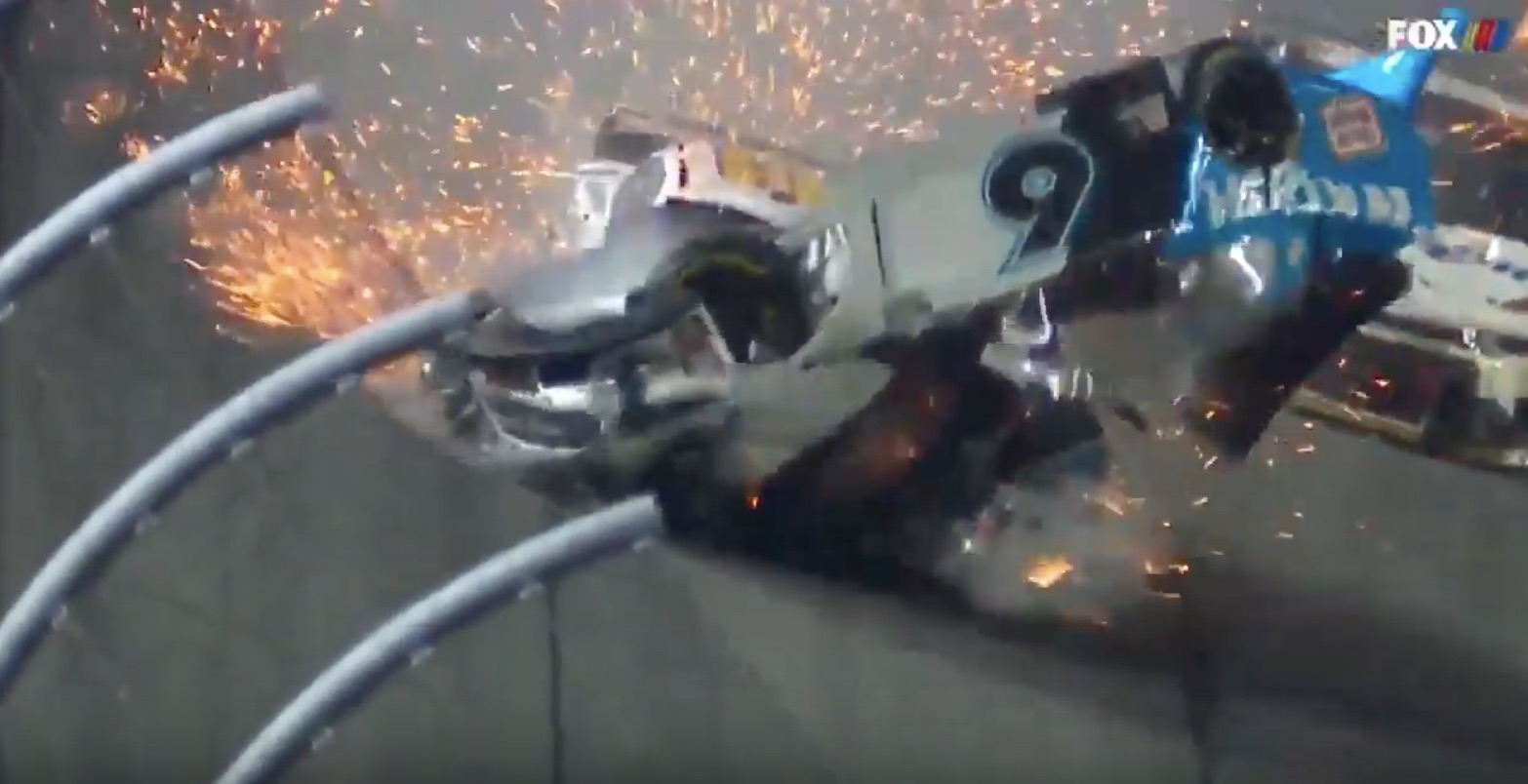 Nineteen years ago, I was in a classroom in a high school in Illinois, working on a project during a study hall session when I learned what happened: during the running of the 2001 Daytona 500 the day prior, Dale Earnhardt, Sr. had died after a last-lap incident involving Ken Schrader. While battling for position on the last lap, Earnhardt had gotten loose after making contact with Sterling Marlin and had wound up on the apron off of Turn Four. As he tried to get back up onto the banking, Schrader’s car had no where to go but into Earnhardt’s car and that’s when the #3 Chevrolet went nose-first into the wall…and when the death of a NASCAR racing driver really slammed home for the public.

Readers, I was not watching the end of the 2020 Daytona 500 live. I only saw posts relating to what happened and investigated once I came inside for the night. And I’m going to tell you, hand on heart, that the same feeling I had the first time I saw footage of the Earnhardt crash came back to the surface. Battling it out on the last lap at Daytona is always going to be a thing. But the ride that Ryan Newman went on is nightmare material.

While charging for the last-lap lead before the finish line, Newman was in a battle with Denny Hamlin for first place and Ryan Blainey was doing what he could to assist Newman up front. After shoving Newman into first place, Blainey slipped to second to play blocker with Hamlin. After Hamlin shoved Blainey towards the apron, Newman mirrored him, appearing to try to get back into the tandem shoving system, and the contact between Hamlin and Blainey’s Fords didn’t line up. Newman’s car turned to the fence and hit nearly nose-on, spun around and started rolling over and spinning. Corey LaJoie didn’t have any time to react and hit Newman’s car viciously as it was upside down, right about the B-pillar, and sent Newman airborne. Newman slid to a stop in a shower of sparks before coming to rest on the driver’s side, on fire.

As of press time, Newman was in Halifax Medical Center in serious (non life-threatening) condition. Below are two videos: the scene of the accident and the official statement update that was the newest information when posted.

Best of 2020: Check Out This Fully Functional Remote-Controlled Ekranoplan! Merry Christmas From All Of Us At BangShift.com!