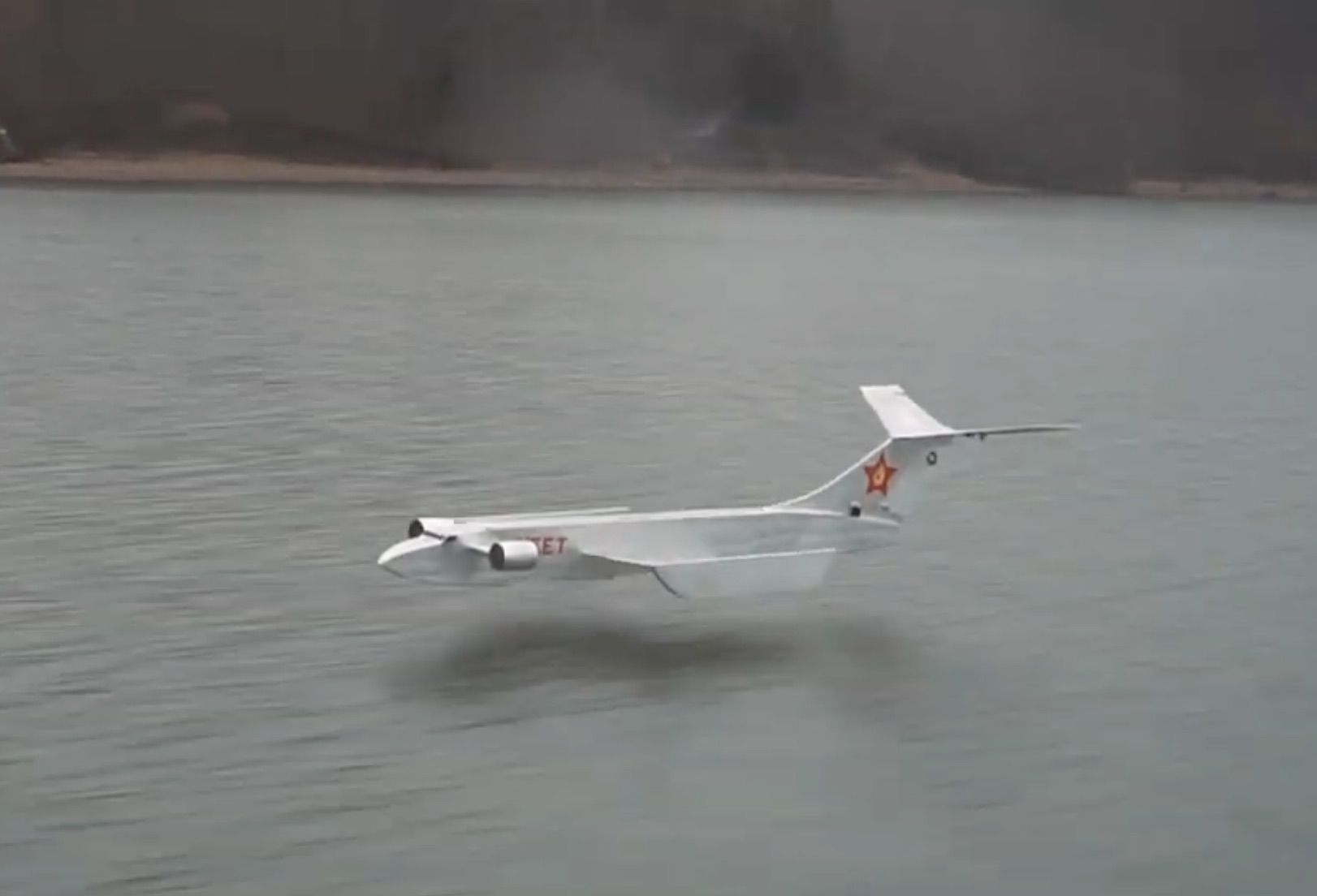 When the KM ekranoplan was discovered by spy photography in 1967, Western countries could not understand quite what they were looking at. The idea of a ground-effect craft, or ekranoplan, was not on their radar, but the stubby wings, the KM marking on the fuselage (which stood for Korabl-maket, lit. “prototype ship”) and the completely unknown function of the craft sent the CIA into emergency mode. A full task force was dedicated to finding out just what in the hell the gigantic aircraft was, why it seemed to be at home in the water, and what the Russians were planning to do with it. Unfortunately, in 1980, the KM was destroyed in a crash and was left to sink into the ocean. Until 1988, the KM was the heaviest and largest aircraft in the world, and was only superseded by the monster Antonov An-225 Mriya twin-tail cargo mover.

The KM and it’s follow-up, the LUN-class, are both visually impressive and intimidating, and sixty years later they are still one of the most interesting mechanical creations put into full-scale examples. So how does the design fare when it’s scaled down? This guy managed to get the entire Internet to convince him to create his own KM-like remote controlled ekranoplan, and he builds it, all right. But how well does it really work? In real life, an ekranoplan can handle just about any flat, smooth surface, including the ground, snow, and water. Can foamcore and aluminum foil tape make for an amphibious mini-Monster?