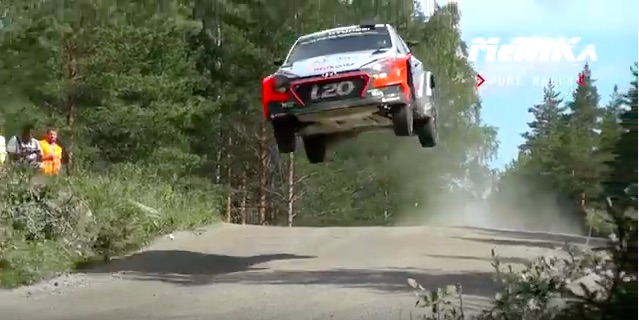 World Rally Championship competition was as hot and heavy in 2016 as it has ever been. While Ford is the only name that fans of domestic cars would likely recognize in the series, that does not detract from the completely mental antics of the cars and drivers that compete in conditions and at places around the world. Just about the only place that WRC is not a big deal here is here in America. Yes, the scene has some hardcore fans but when this series races at other countries around the world people show up in droves, line wooded or tightly laid out city courses and watch the most off the wall action the racing world has to offer.

As crazy as it is to see a top fuel car or funny car run 330+ mph, explode into a ball of fire, or take flight, it is equally as impressive to use when a little car with a 2.0L engine accelerates to 100 miles an hour on dirt in seconds and then maintains that speed on a path you’d struggle to get a Jeep down at 20mph.

The jumps, the slides, the complete concentration needed for a driver and co-driver to work as a seamless unit for their own health and safety is both awe inspiring and incredible to watch.

This is not  video about wreckage, mistakes, or disasters. This is a video profile of people who are in a minute percentage of the talent pool for their chosen profession. We’d love more than you can imagine to watch winter rally action in person on some insane, ice-covered nordic course. You?

Watch the best World Rally Championship moments of 2016 below!