They Nearly Stole The Show: How The Gray Ghost 1964 Pontiac Tempest Nearly Humiliated Factory Teams In Trans-Am Circa 1971 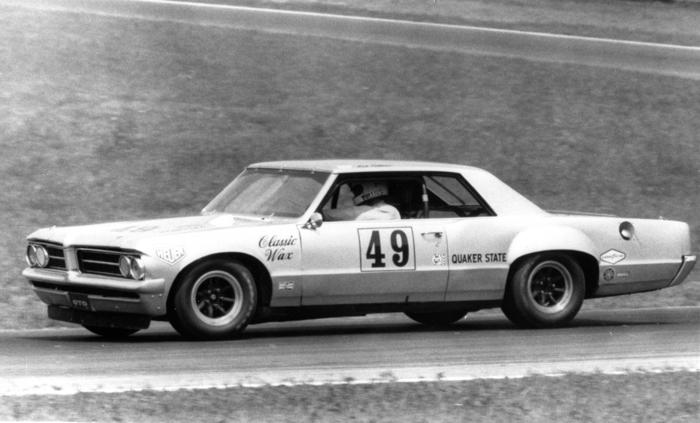 There are people who defy convention by necessity. There are people who do it for fun, and then there are those that do it to prove a point, no matter how costly the potential victory may be. Drag racing folks seem to think that they have the market cornered on smart, rulebook-savvy racers. As you are about to learn, that couldn’t be further from the truth. There are scads of stories about racers flying the one finger salute to convention, race officials, and even common sense. Those guys go in straight lines, circles, and through the twisties. Take this as a motorsports version of “Profiles in Courage” with a side order of “Animal House.”

The Defiant Ones is a four-part series of stories about four very different ways of “sticking it to the man.” Part Was Mario Rossi at Daytona, today is the Gray Ghost. Come back next Tuesday for another installment.

If the 1970 season is recognized as the height of popularity and performance for the Trans-Am series, 1971 wasn’t too far off. The names of the competitors read like a list of who’s who in American racing history: Donohue, Revson, Follmer, Jones, Tullius.

The names of the cars were iconic too: Mustang, Camaro, Javelin, Tempest. Tempest? Like Pontiac Tempest, like ’64 Pontiac Tempest. In one of the great logic defying moves in any genre of motorsports, a group of Pontiac engineers built a six-year-old tank into a potential wrecking machine that scared the pants off of the major league factory backed teams.

Herb Adams, a brilliant suspension engineer for GM, teamed up with Tom Nell and Joe Brady, two other young smarty pants GM engineers, to build his wife’s Tempest into a legitimate Trans-Am contender. Using a destroked 389 to make 303 cubic inches, the boys fielded what was probably the largest car in the history of the series. It was wheeled by ace road racer Bob Tullius and opened the 1971 season with a bang.

The first race of the year took place at Lime Rock, Connecticut, and the weather was horrific. Soaking rains reduced the overweight and under-tired cars into elephants on skates. All but one.

The team would race the car six times that season, finishing in the top 5 three times. Think about it. This was a six-year-old car that was nearly twice the size of everything else on the track and the only people they were finishing behind were the factory sponsored teams of Ford and AMC. Mechanical bugs would haunt the team in the three races they failed to finish, but it really was a triumph of brains over bucks.

If they had been able to make the motors live, the team would have been a factor in deciding a championship. To the Trans-Am officials at the time, this car had to have been a nightmare. They had the biggest car companies in the world funneling money into the series only to be embarrassed by a couple of kids from Michigan and an exceptionally talented driver. It’s every wrench’s dream to build their own car, their own way, and show up the big boys. You need look no further than this car and the small, brilliant group of guys for inspiration. Unhinged: Someone in Maryland Built A Mercury Comet Just The Way I'd Like Ebay Find: A 1970 Chevrolet C50 Ex-NASCAR Ramp Truck

12 thoughts on “They Nearly Stole The Show: How The Gray Ghost 1964 Pontiac Tempest Nearly Humiliated Factory Teams In Trans-Am Circa 1971”