The Hyundai iMax N Concept Van: Hang The Tail Out With Seven Of Your Friends!

Oct 25, 2019Bryan McTaggartApex Sideways, Apex Video, BangShift APEXComments Off on The Hyundai iMax N Concept Van: Hang The Tail Out With Seven Of Your Friends! 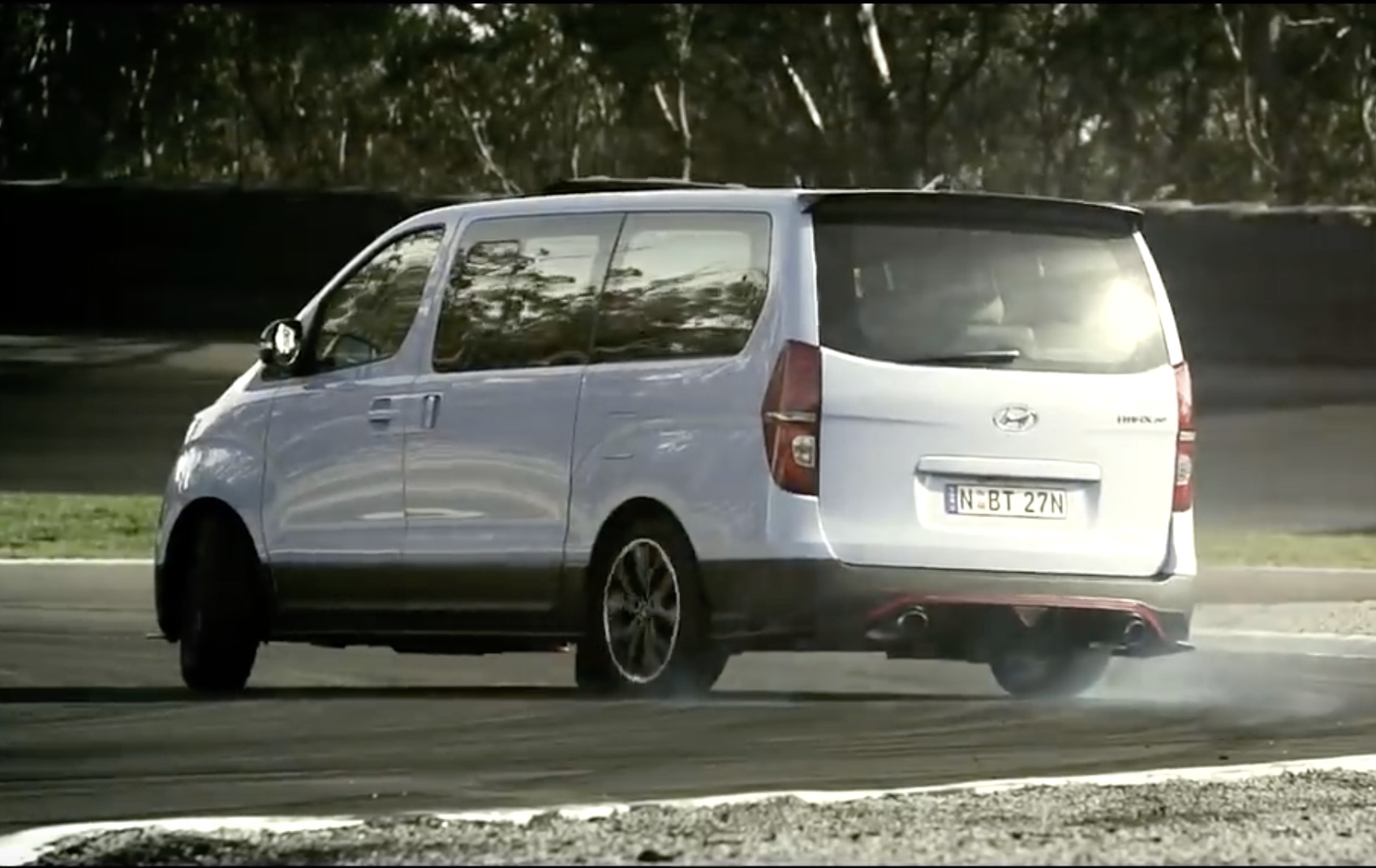 Since when did Hyundai start building psychotic dream builds? I’m fully aware that most people will immediately read “dream build”, see that it’s about the Hyundai, and start firing off all sorts of seething hate mail, so let me explain. What you are looking at is the Hyundai iMax N, a one-off concept vehicle that originally was a punchline from Hyundai’s European arm, a digitally-created April Fools’ prank. Nobody told the Australian arm that it couldn’t…or, more accurately, shouldn’t be done, but they did. 3.5L turbo V6, welded diff, and the visual cues of the “N” badge that is Hyundai’s performance notation. With whiffs of Japanese “dajiban” floating around it, this minivan has been making the rounds on the Internet as the minivan that can, and the minivan that should. Seriously, you should read the comments: “WHY TF IS THIS NOT AVAILABLE IN THE US”. “Please let Sabine Schmitz use this to set a Nurburgring time record”. While nobody is ever going to happily admit that they want a minivan, you know that someone, somewhere has seen a silver lining in this video that can finally replace that crapcan Ford Windstar that somehow hasn’t died yet, or even better, could ditch the Santa Fe that is occupying the driveway with minimal effort. “No, honey, it seats eight. I know, I said no minivans before, but I think I was too hasty…”

Nothing against American automakers, but big-horsepower V8 machines aren’t the only thing on the market. In the days of the 300-horsepower four-banger and the 450-horsepower V6, there’s no excuse. Try something like this on for size!

Unhinged: Drifting In Iraq And Why It's Important This 1950s Caterpillar Video Introduces The H-Series D8 Bulldozer - So Cool!