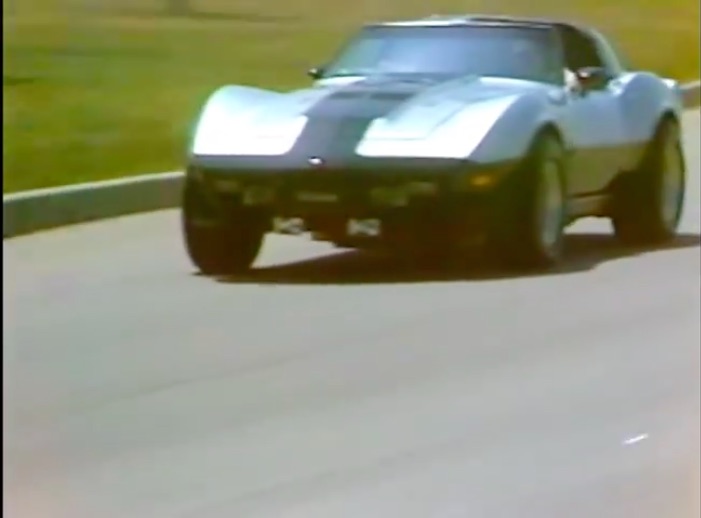 This is AWESOME. In the 1970s Vince Granatelli dreamed up and worked with a load of people to create one of the most wild street going cars ever and certainly the most insane thing on the road in the late 1970s. Many of you have likely heard of the turbine powered C3 Corvette that came out of this project but like us, you had probably never seen or heard it in action, especially in the period when it was brand new. This thing was claimed to have 1,000hp ad while we think that could be a little on the optimistic side, it is clear that this Corvette was a destroyer for the era. There’s drag strip footage of the car and it is both annihilating the tires most of the way down the track AND pulling like a nuclear powered freight train.

The completeness of this video is what makes it. Professional shot, voiced over, and edited, it is not some schlocky home movie project. Why did they make this thing? To brag on their accomplishment? To publicize the car and its capabilities to the world? Well, kinda sorta. They made the video to sell the car. The asking price in late 1970s/early 1980s dollars? $750,000. Seriously. That was money that we’re guessing no one had ever paid for a car at that point, especially a one off freak show like this.

The car still runs, drives, and exists today. There doesn’t seem to have been any sort of plan to bring these things to mass market. Rather this was a one-off from the start. A way to prove a theory while building the fastest road legal car in the world. It was claimed that this car would accelerate from 0-the “legal speed limit” in less than 3 seconds. When performance cars had 150hp this was some Buck Rogers level stuff.

An incredible car in its element. This is BangShifty!

NHRA Photos: More Nitro Funny Cars From The NHRA Winternationals In July, At Pomona This Homemade Welding Fixture Table Is Awesome, And Includes Killer Storage For Your Garage