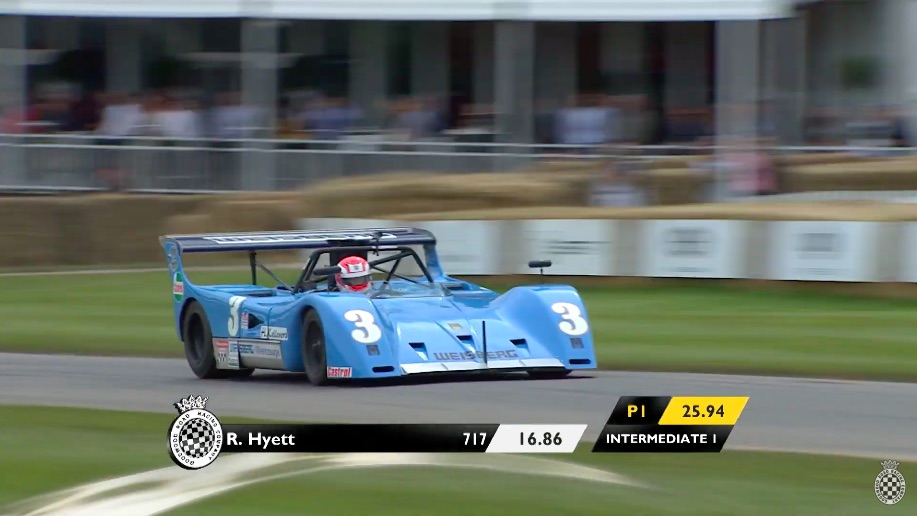 Watching classic Can-Am cars running at full throttle in modern times is probably one of our favorite things in the racing world. This video comes from Goodwood and we get to see the one and only March 717 ever built haul ass up the hill and do it in an aggressive, sliding, halfway under control manner befitting its roots and history. Many people know the name March when it comes to open wheel racing and they, like so many others in the 1960s and 1970s were inspired and drawn to the world of Can-Am racing. They created a car called the 707 in 1970 and built two of them. They ran well and showed a lot of promise for being kind of heavy and being of a brand new design. Shipped back to the factory to be updated for the 1971 season, some changes were made to the body, the radiators were moved, and one of the cars was sent back to Germany to be raced.

It never fared very well and kind just faded off into obscurity like old race cars tend to do. Thankfully it has been preserve and kept in angry running condition because it’s the car we’ll watch in the video below.

The fact that a racing series existed where open cockpit sports car powered by monster big block engines from America, wildly turbocharged engines from Germany, and lord knows whatever else showed up is just so crushingly cool in an era where “smaller is better” seems to be the mantra every racing outfit lives by.

The engines, the speeds, the tires, and the danger were all big in Can-Am. Watch this brutal car attack the hill and make the kinds of noises that make the hair on the back of our neck stand up.

Press play to see this monstrous March 717 roar up Goodwood with a 537ci big block!

The Grand Old Man Of Bonneville: This Video and Interview With Norm Thatcher Is Amazing! The Skid Factory MR2's Engine Parts Get Inspected, Cleaned And Cleaned Some More!