Mickey Thompson: Fastest Man On Wheels Is A Goodyear Promotional Gem From 1960 That Shows Thompson’s Triumph At Bonneville 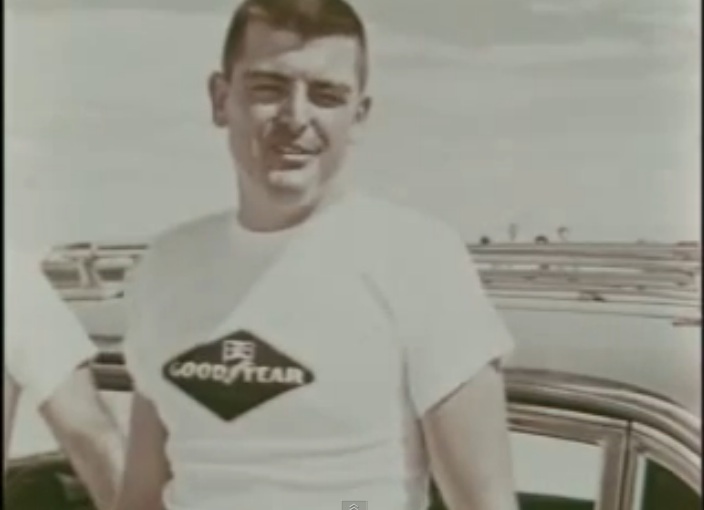 See that guy smiling up there? Well you’d be smiling too after a month of hard work in as desolate place as mankind has ever known finally paid off and you had just driven your car over 400mph. That’s Mickey Thompson and in 1960, as this video shows, he became the fastest human being on wheels piloting the formidable Challenger I down the salt to achieve a one way speed of 406mph. He did not complete the return run because of a “failed driveshaft”. History maintains that the failed 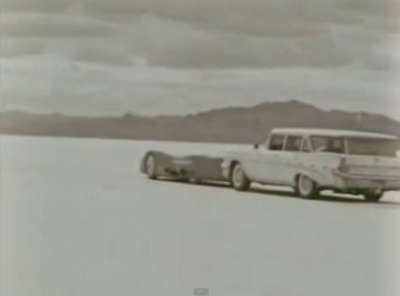 driveshaft was actually an exploded engine. Having such a tight relationship with Pontiac (who supplied the engines) meant taking one for the team in the media. We’re sure the brass at Pontiac appreciated that.

As mentioned, this was not a situation where Thompson and his crew rolled onto the salt, made a couple of runs and went home a day later. Not even close. Mickey, Judy, and the rest of the Thompson henchmen were on the salt for a month to make this record number a reality. It seems an impossibility in today’s world, doesn’t it? A guy of Thompson’s stature just bolting for a month to run the car, everything else be damned. No cell phone, no email, no nothing….not even kids who he and Judy were apart from for the better part of the month. (We’re not sure if Judy was able to travel home to see them at any point). Thompson was trying like hell to unseat Englishmen John Cobb who owned the speed mark that he was chasing. Remember, 400mph was the realm of the ultra-rich, not the realm of the hot rodder. Thompson’s big number was as much an accomplishment of engineering and science as much as it was a mega-triumph for hot rodders who were cheering for their guy to take the record from the (late) ultra-wealthy member of the British aristocracy.

This video is nicely packaged at 12-minutes long because we get some great footage of the car, the people, the wrenching and the course repair/work. That’s right, these 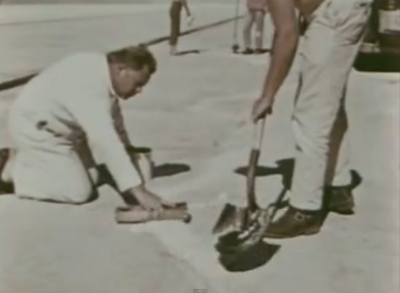 guys were out there baking in the sun mending the salt so Thompson would have a shot at actually running the car at the necessary speeds. They would wet it, trowel it out, and let it dry in order to smooth big fissures and cracks that had developed in it. Note the dragging rig hanging off the back of the old city dump truck and the truck laying down the black line to mark the course. The dragger is similar to the rigs used by the advanced SCTA prep team and the black line has become part of Bonneville history, no longer part of its present. The Thompson family name is very much a part of the present, though.

Danny Thompson triumphed the in Challenger II just a couple of years ago setting a record over 400 miles per hour and then upping the ante to piston driven glory form there, a half century  after his pop stood the world of high speed racing right on its ear. Fans of the New York Yankees would talk about the “ghosts” coming out at the old Yankee Stadium and after suffering through some horrors there as a Red Sox fan, I believed in them, too. All those great former players who had dominated on the same field of play would be out there helping their side to win. It is impossible to pull that imagery apart when talking about Speed Week with Danny out on the salt looking to both honor and thunder past high dad’s accomplishments on the same “field of play” that he competed on a half century ago.

There’s few other places that honor and preserve history like the SCTA does at Bonneville. This film tells the first half of an exciting story. The second half was written over the recent past by Danny Thompson. Danny was at home in 1960 but over decades of life he stuck to a solemn vow to honor his dad’s memory in the most fitting way possible, by hauling ass. And that he did. 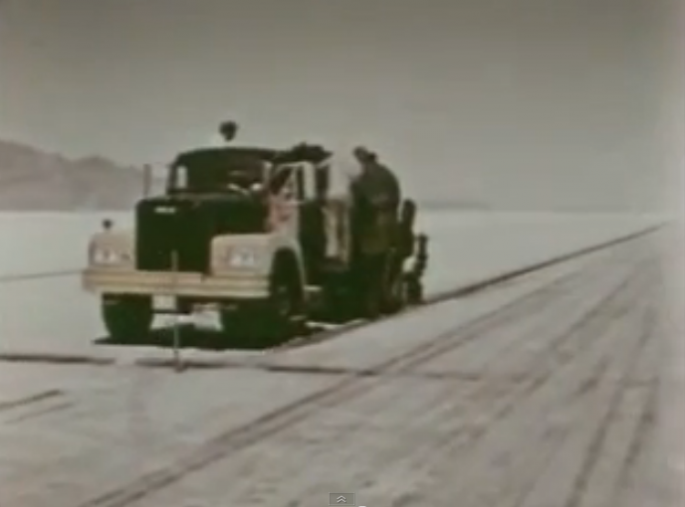 They'd Never See You Coming: This 1977 Oldsmobile Delta 88 Is Ripe For The Building A Good Once-Over: Checking Out The Super-Patriotic And Super-Sketchy Chevelle