The Psychotic Shopping Cart: This 600cc Honda-Powered Trike Is The Toy We All Want! 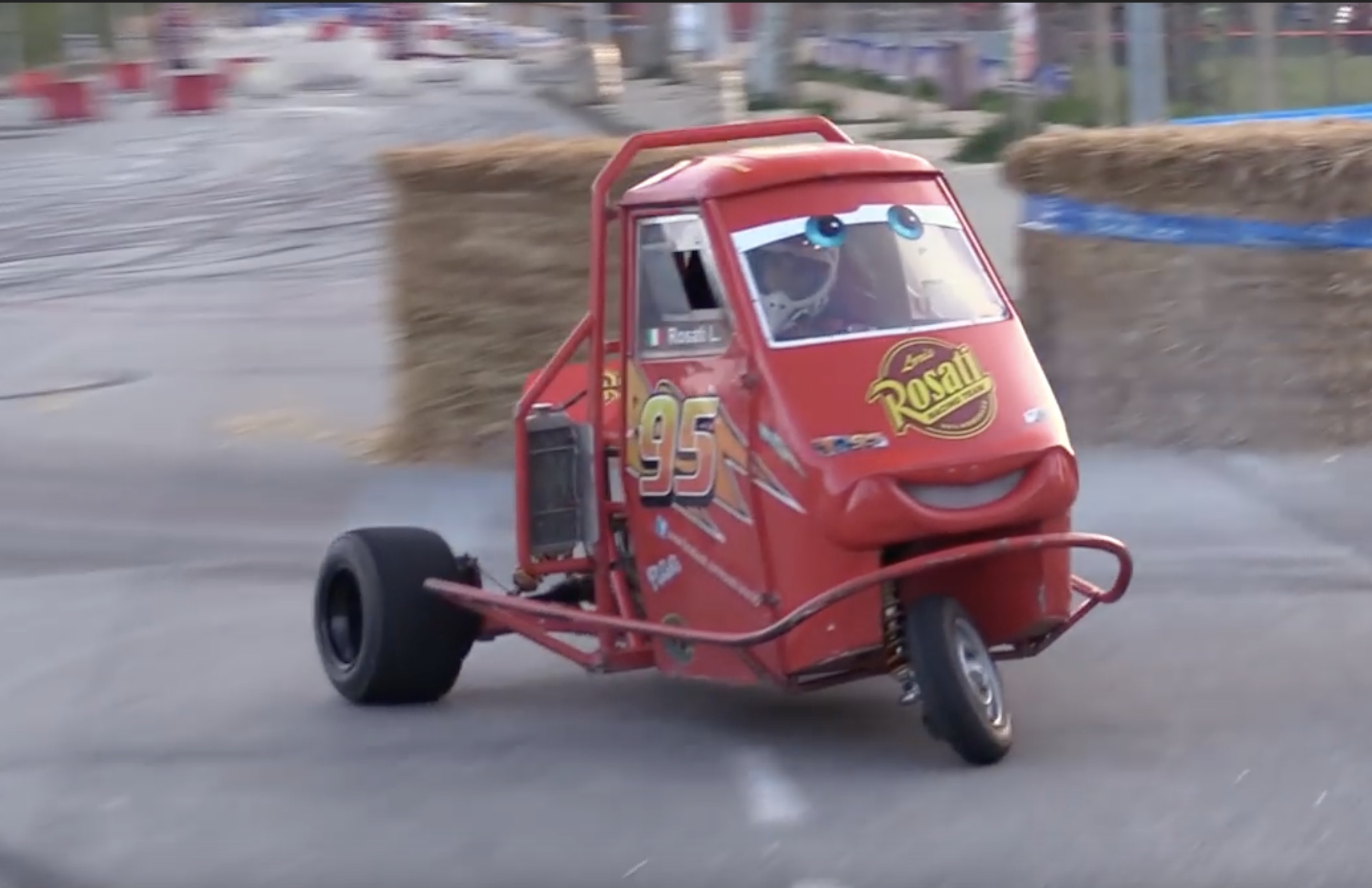 To hell with every safety council that wet their pants at the sight of a three-wheeled ATV, I love the things. Honda 125 and 200cc three-wheeled four-stroke thumpers were what I grew up thrashing around for fun. Nothing was better than diving into a corner and kicking the tail end out with the thumb-throttle pinned unmercifully…it was drifting before I had a clue as to what real drifting actually was! The power was accessible, the motion came easily with practice, and by my time’s end with the machine, I had drifting down to a science. You could tell where I had been simply by following the waves of freshly-turned dirt down a gravel path, weaving side-to-side as I was giving 4th gear all that I had.

Now look at this little psychotic thing. As it was sold new, it’s a Piaggio Ape, a three-wheeled machine that originally came with a 49cc engine that was just enough to be useful. Slow, but useful. This Ape is powered by a 600cc engine that originally was at home in a Honda CBR sportbike. Twelve times the original displacement is a good start for a little Italian trike-bike, don’t you think? I can imagine some safety freak fainting after seeing this little screamer in action, but I’d find a way to wedge my big ass into that cockpit for a chance to play around like this one does!

Not So Short, Really Sweet, and Totally Brutal: Watch The Dirty 30 Burn Tires In Downtown Buffalo Leaving The Autorama! Wild Rides: Here's Five Minutes Of Insanity From The World Of Nostalgia Drag Racing

3 thoughts on “The Psychotic Shopping Cart: This 600cc Honda-Powered Trike Is The Toy We All Want!”