Great Video: The Story Of The 1970s Superbikes – See Them Sitting and Ridden! 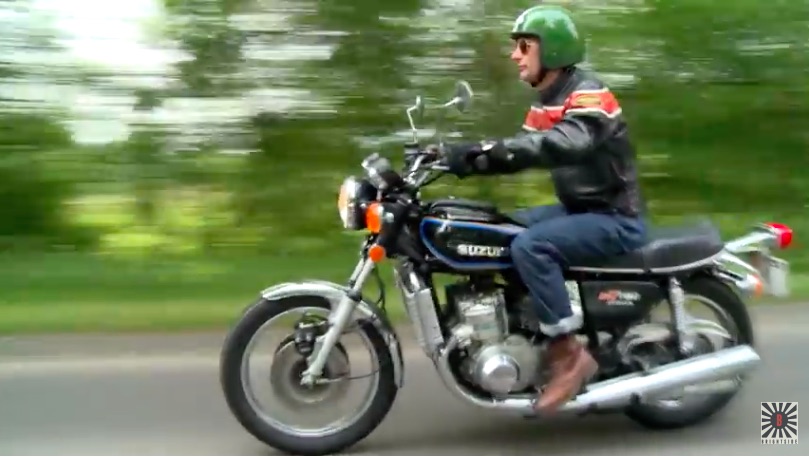 Muscle car fans have the 1960s to emotionally latch onto as their favorite decade of hot cars from “back in the day.” Motorcycling fans have the 1970s to love formally of the same reasons. Where cars were being choked and regulated to death in that era, motorcycles were turning into performance monsters and birthing new terms for themselves.

Terms like “superbike”. Remember, in the late 1960s automotive journalists, always on the hunt for something fresh to say, started calling the cars Detroit was producing “supercars” and that nomenclature was perfect to describe such rockets as Kawasaki triples, Honda Gold Wings, and other high horsepower, blistering fast entries from the land of the rising sun.

In some ways, the decade rivals the muscle car era for its oneupmanship and for the technological advancements that were created by it. Also, like muscle cars, most of these motorcycles hauled ass in a straight line, were cool as grand touring style machines, but were not well equipped to deal with a road course or serious handling situations. The companies were piling horsepower in with new engines, larger engines, and more interesting engines than ever before.

One of the most interesting things about this video to us is how it looks at each of the major players from the 70s and then we see the bike being ridden. Pretty neat! Also, who knew that big two stroke engines survived until 1977 in these motorcycles! One of them is actually described as a “water buffalo”! The film is British and those chaps are not known for pulling punches.

Epic Video: Watch Don Rickles Roast Evel Knievel In The 1970s! (Those Easily Offended...skip it) BangShift Question Of The Day: What's Been Your Worst Warranty Nightmare Car or Truck?

2 thoughts on “Great Video: The Story Of The 1970s Superbikes – See Them Sitting and Ridden!”