The Street Machine $2,000 Challenge Conclusion: Falcon vs. Calais Gets Decided At The Track! 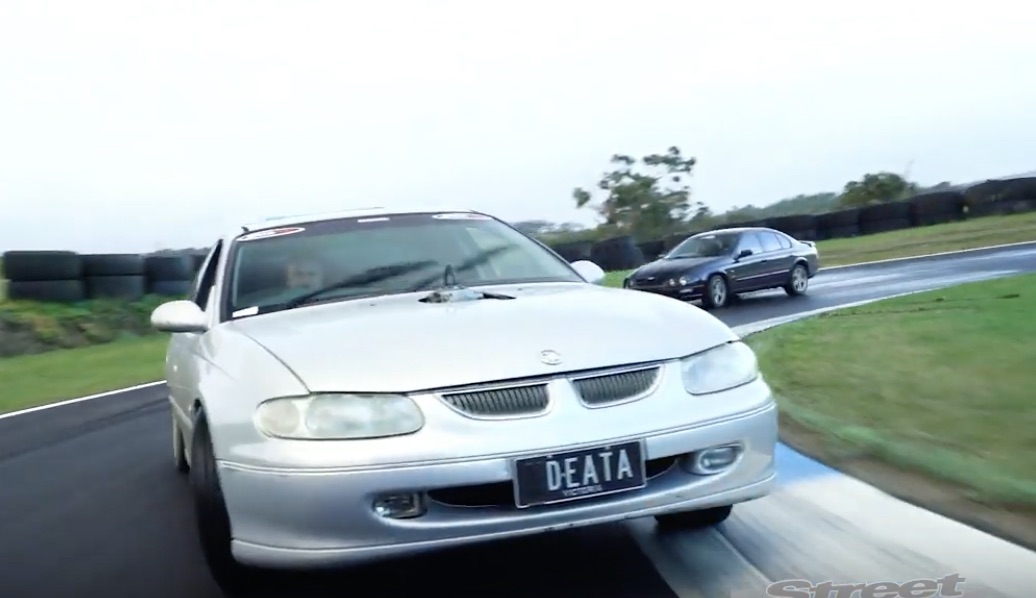 We’ve been following the cheap-car battle that Street Machine have put on between a Ford Falcon AU and a Holden Calais for a bit now, and finally, the conclusion is here. Both cars were back-lot beaters that in their heyday were stout pieces, but are suffering the bottom-of-the-curve depreciation issues…meaning that they were perfect for the kind of shenanigans that were slated to go down. Over the course of the last few months, we’ve seen the dyno challenges, the drag races, and the builds themselves, but this time around it’s road-course action, and that means hauling both cars to Bryant Park in Victoria for the final challenge.

The track is wet, the course is tight, and neither car is going to be at it’s best here. Both are rear-drive, both are worked-over, and both are running stock wheels and tires…not what you want when you’re trying your best on a hillclimb course. The Falcon won the dyno shootout, the Calais took the drag strip, and now it’s time to declare a winner…or, at least, keep a twenty-something year old sedan from bouncing off of the walls of an over-glorified go-kart track. They weren’t kidding about a “tight course”…there’s barely enough room for the car!

Scale Plane, Handbuilt Engine: This 1:16 Scale Lockheed L-1011 TriStar Is Fantastic! This Time Lapse Video Of The Removal, Tear Down, Machine Work, And Rebuilding Of A Buick Nailhead Is Awesome.