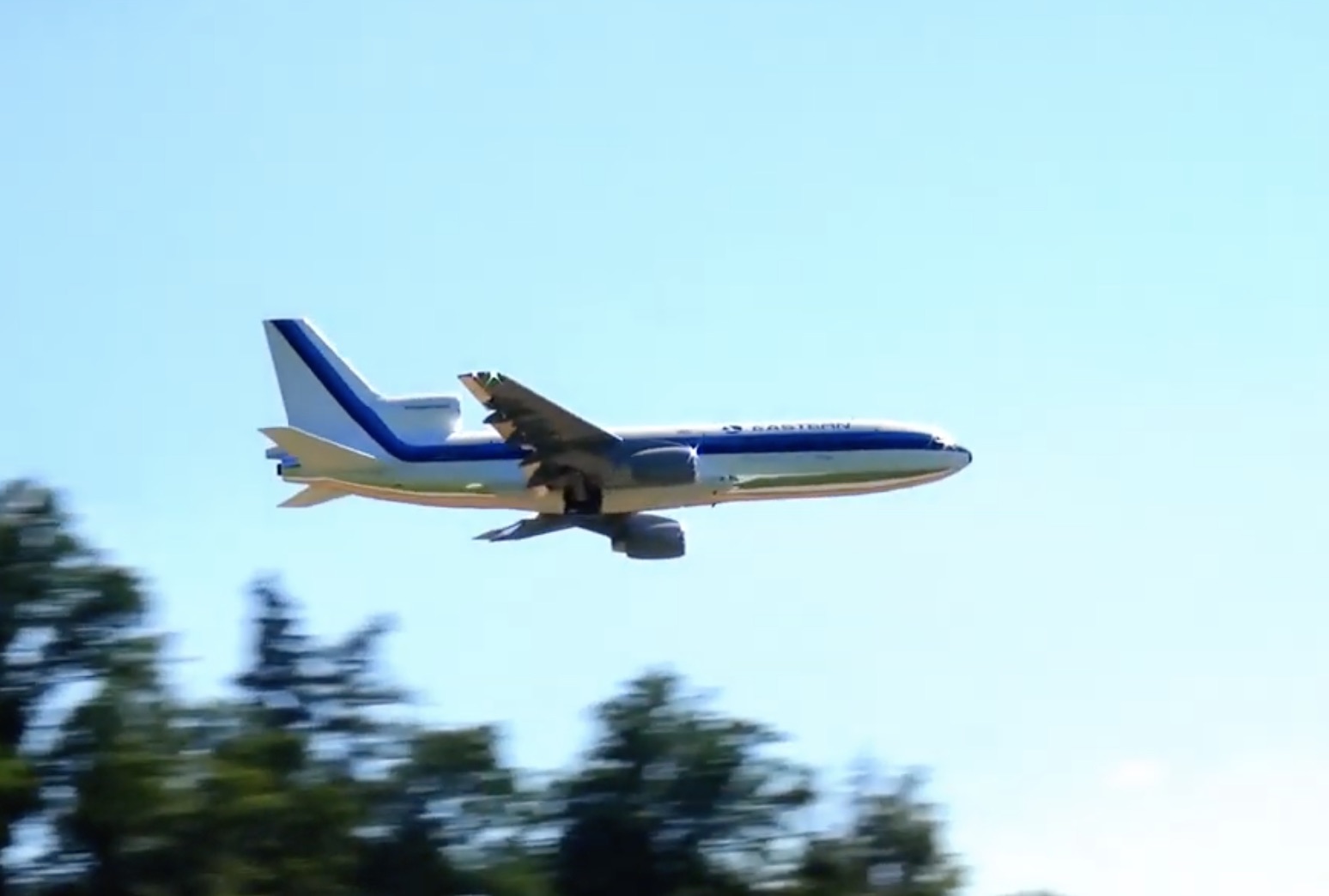 In 1972, Eastern Air Lines rolled out with Lockheed’s last pitch to the commercial airliner market, the L-1011 TriStar. It had many distinctions, both positive and negative. It’s the last non-Russian built wide-body aircraft that wasn’t made by either Boeing or Airbus. Out of the first generation of widebody aircraft, it had an excellent safety rating, even if the tail-mounted Rolls-Royce RB-211 engine was prone to problems. It was also a tremendous flop, owed to issues with Rolls-Royce that delayed engine development and production, and saw only half of the 500 airframes needed to break even on the costs actually hit the market. Reportedly, only three TriStars are left in airworthy condition anywhere in the world, with the only one in the United States belonging to Orbital Sciences Corporation.

Replica remote-controlled models of airliners are pretty common…there are plenty of examples on YouTube, all of which are neat in their own ways. This particular scale model has one thing that stands out to us over the others: a home-built jet engine in the tail, instead of one of the many engines that are available on the market like what you would find from a company like JetCat. To go that far with your hobby is incredible, nevermind the work it took to make a scale L-1011 in the first place!

When You Build A Bitchin Truck And Crash It, Do You Rebuild It With Less Concern For Crashing It Again? The Street Machine $2,000 Challenge Conclusion: Falcon vs. Calais Gets Decided At The Track!