eBay Find: This Could Be The Weirdest And Most Interesting Porsche Accessory Ever Offered – Rare and Cool! 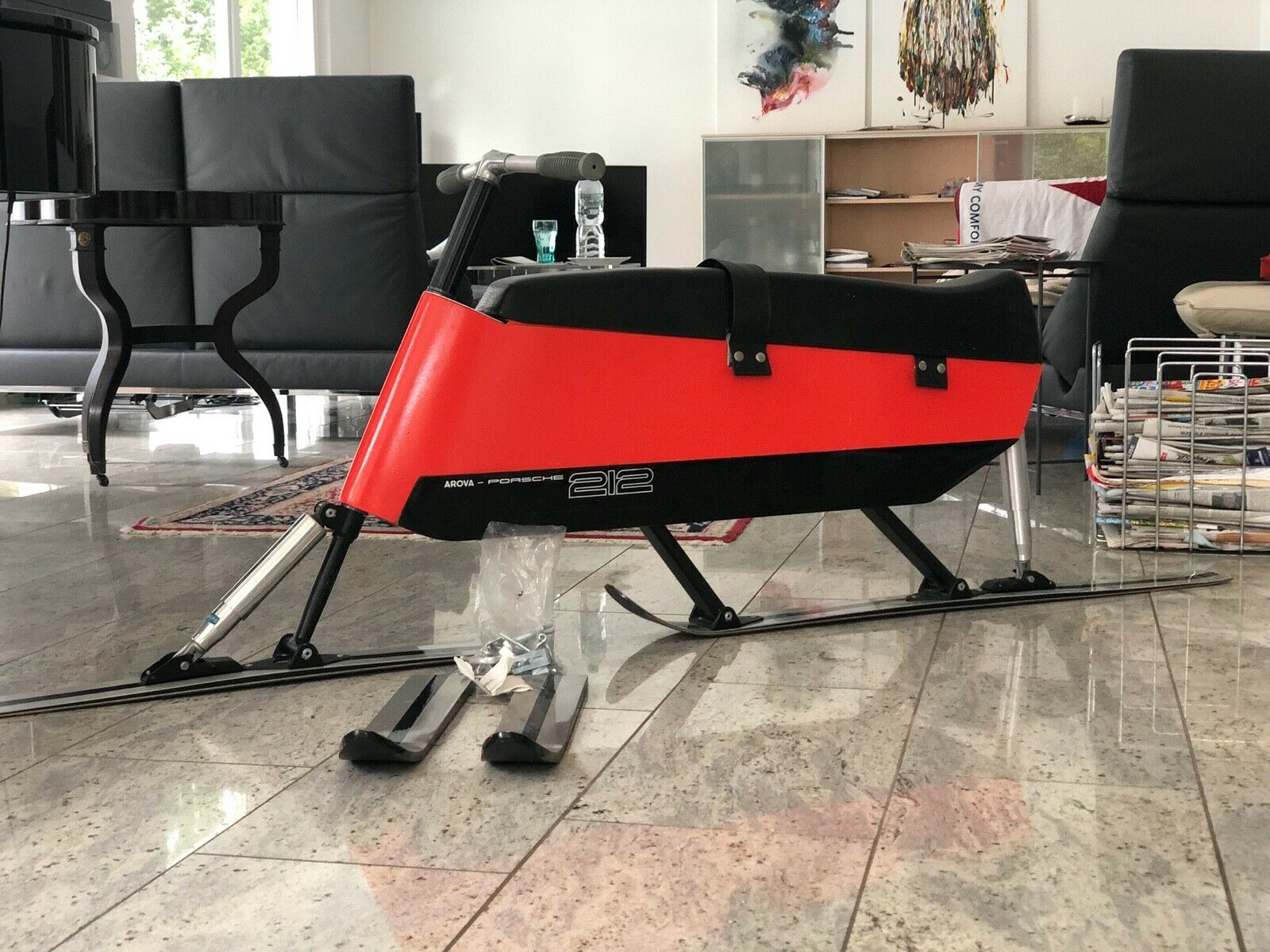 Car companies have long offered interesting accessories tailored to the vehicles that they sell. Typically, the more expensive the car the more interesting the stuff, right? Ferrari has offered fitted luggage and stuff for years, other companies have various clothing and even perfumes have been part of the offerings over the years. That being said, this right here could be one of the most interesting and cool accessories that a car company has ever offered. In 1970 Porsche offered these little Skibob units for people buying a 911. They are designed to fit perfectly in a 911s “trunk”. Offered in two colors, apparently a few hundred blue ones were sold and then a very small number of these orange ones were sold as well. Not only is this skibob perfect,  it comes in the original box!

What is a skibob? Think of it kind of like a bike for the snow. You sit on the seat, steer with the handlebars, and have a couple of small skis attached to your boots to use as stabilizing out-riggers. It seems like an oddly specific thing to offer customers, but snow sports are a huge part of life in Germany and the surrounding countries where Porsche was selling loads of cars then. Their rear engine nature made traction issues a non-starter and there’s definitely a romantic element of hopping in your Porsche with a snow bunny and heading to the mountains for a weekend of fun, right?

The asking price on this unit is nearly $15,000 and while that seems insane, we know nothing about the market. We do know that 51 year old stuff that comes in the original box and has seemingly never been fully assembled is rare and that Porsche collectors are usually willing to shell out to get their mitts on the rare and exotic things their favorite company offered. 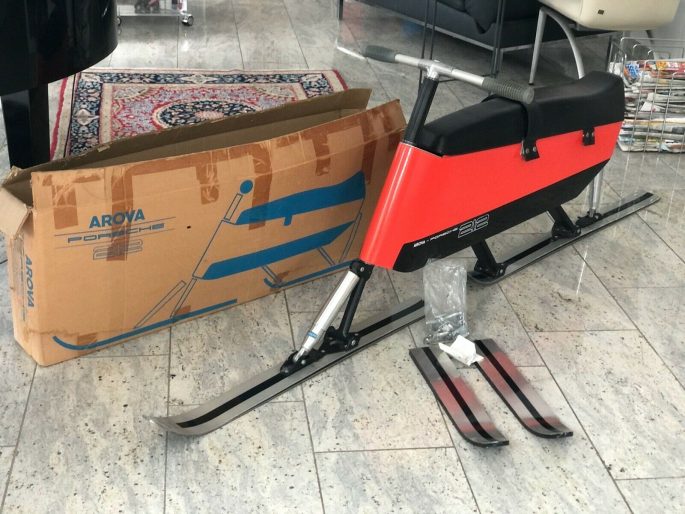 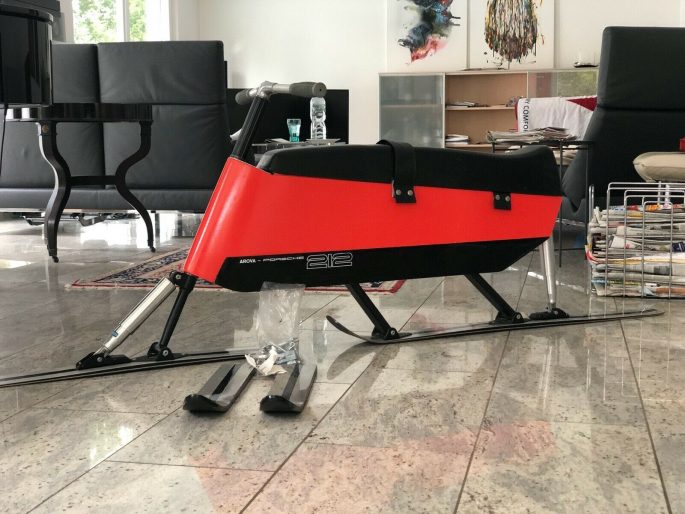 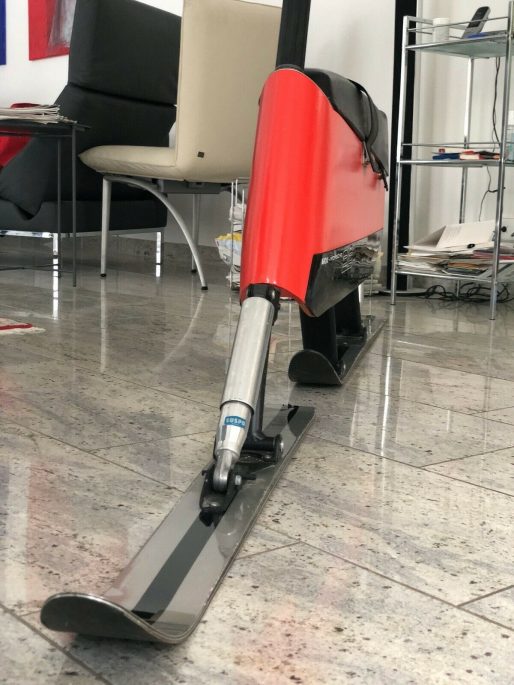 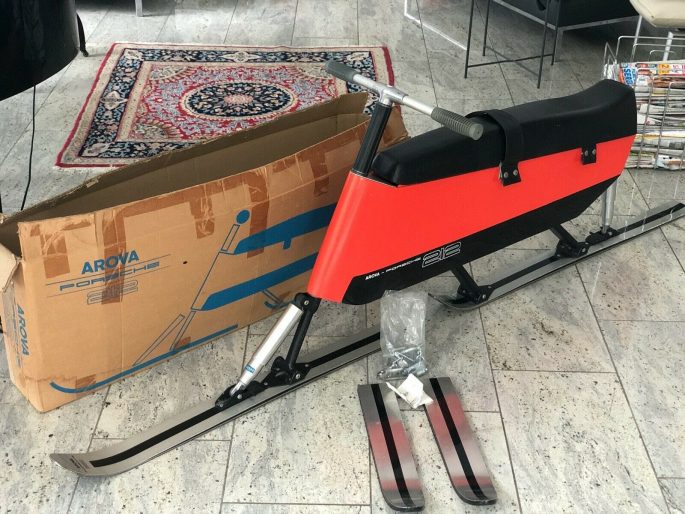 Video: The FD RX-7 Was Basically The Perfect Sports Car And It Was Also A Big Failure - Why? Video Of Steve McQueen Pulling Wheelies And Flying Around On A Honda CR250M Elsinore Rules

One thought on “eBay Find: This Could Be The Weirdest And Most Interesting Porsche Accessory Ever Offered – Rare and Cool!”