Lots of weird hot rods have been built over the years but the boat-rod that you will see below is probably among the weirdest. We’e not saying the thing is of bad quality because from all of the photos you will see both below and in the CL ad, none of them scream “JUNK”. The seller claims that the car was built by a professional shop and by the looks of the paint and the fact that it actually runs and drives we’re agreeing with them. It may be utterly ridiculous and likely the brainchild of a lot of cocaine and/or cocaine money but there is a certain magnificence to it, right?

There’s something to be said for building a thing so fully over the top and just owning it like it is your job. No one tried to hide an inch of this thing. The massive wing, the chrome wheels, it has all the subtle nature of a Claymore mine. You cannot help but look at it. The craft…errr…car is powered by an air cooled Porche engine that was plucked from a 911. All of the car stuff like signals and horn work, the seller claims that you can drive it down the highway at 90mph and it handles like a “Cadillac”. It would be a top heavy Cadillac that you’d likely die in if you crashed it at 90 but we get where he is going.

The “body” is a 1978 Youngblood jet boat. Youngblood was one of the biggest companies in the heyday of the jet boat craze and we’re not going to lie…it is a pretty awesome looking boat. The shape of the hull and the way it is painted is really cool. Under the boat is a custom chassis with the steering gear, brakes and all that stuff tucked away. You can see that the whole thing is rolling on a set of Cragar wheels.

So here you have it. This is a real thing that you can own and if you do own it, you should take it on drag week!

CHECK OUT THE PHOTOS BELOW AND THEN HIT THE LINK FOR MORE! 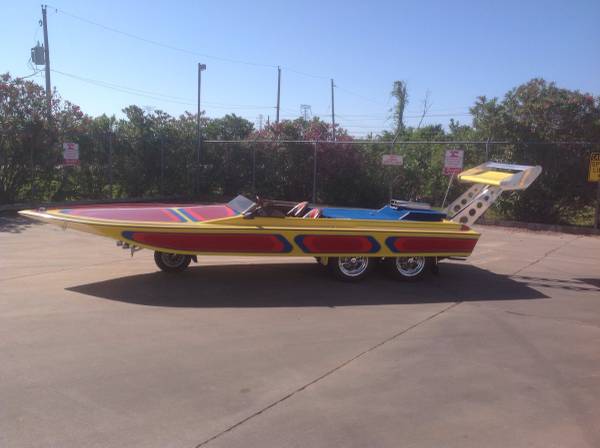 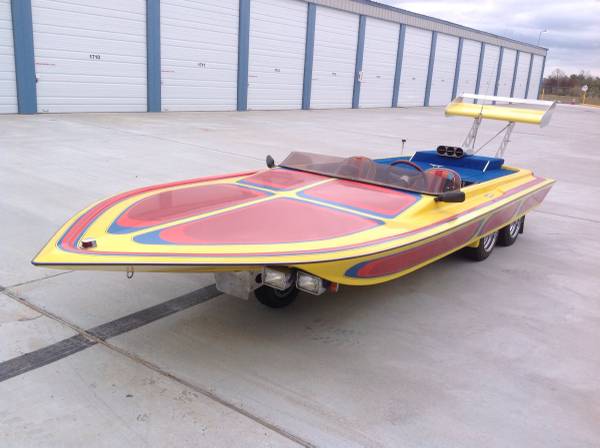 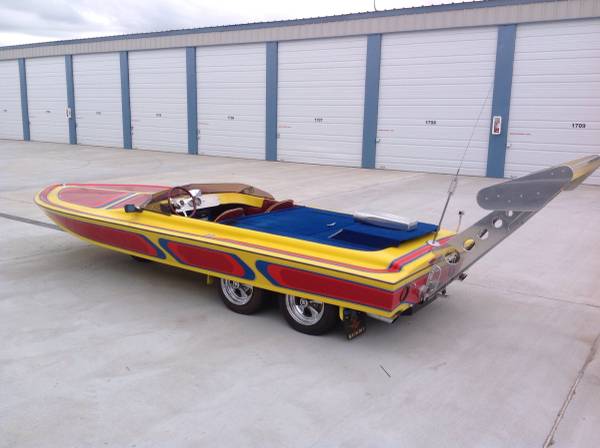 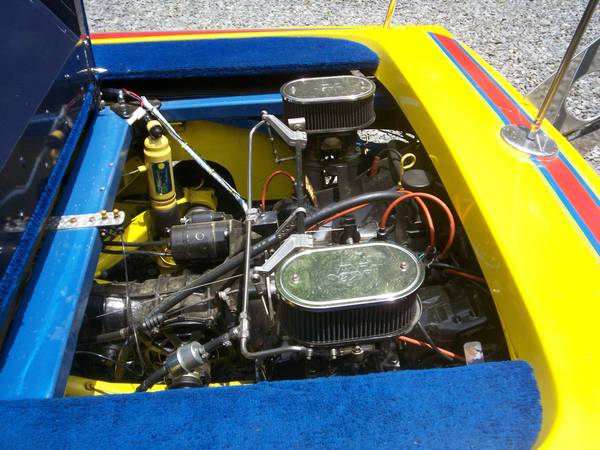 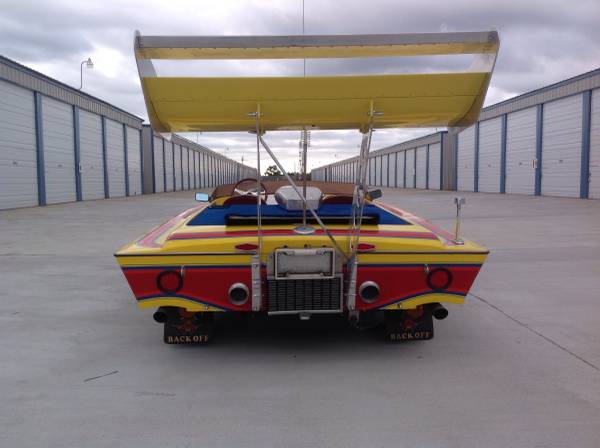 LINK: THIS INSANO 1970s BOAT ROD COULD BE YOURS