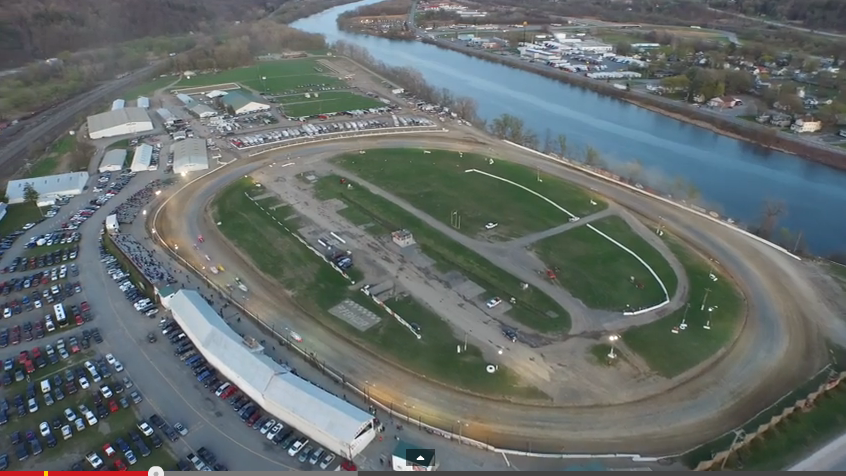 Fonda Speedway is an oddly shaped and very historic racing facility that continues to operate on the Montgomery County Fairgrounds in Fonda, New York. Racing started at the track in the late 1920s and has continued since seemingly uninterrupted. The name Fonda Speedway was first used in reference to the place in the late 1950s and that was about the same time that an eighth mile drag strip was added to the property. Although short lived, it is a cool footnote in the track’s very long running history and it holds a special place in drag racing history.

This is the first drag strip that Shirley Muldowney ever raced on. A few years ago at an NHRA national event, I was introducing Shirley to a group of people and decided to play a word association game. The first thing I said was, “Fonda Speedway”. She was speechless for a moment and then regaled us with stories of the place and how wacky it was to drag race there.

This video which is a three minute look at a day and night of racing at the track as shot by a flying drone is really cool. One of the things it highlights is the odd shape of the track. When you see it from height, it doesn’t actually seem to have a straightaway! Even the “straights” are gently arcing turns and one end is pinched a lot tighter than the other. We have to imagine that there are guys who “get” this track and others who have spent a lifetime trying to figure it out.

Located right along a river, the track has a couple sections of covered stands and a couple sections of open seating as well. We’re not sure if anyone has actually made it into the drink but in the hundreds of thousands (millions?) of laps that have been laid down at this place, someone has to have at least put a tire in the river, right? You’ll see the track, the pits, and a very unique camera perspective on the dirt tracking action!

This is a fun watch and we’re guessing that this track has to be in the top 20 of the oldest continuously operating racing facilities in the USA.

The Bikes Of Bonneville: Nothing But Motorcycles From Bonneville Speed Week 2019 Watch This Dirt Track Racer Roll Over Twice And Then Get Pissed When A Flattened Tire Forces Him Out Of The Race