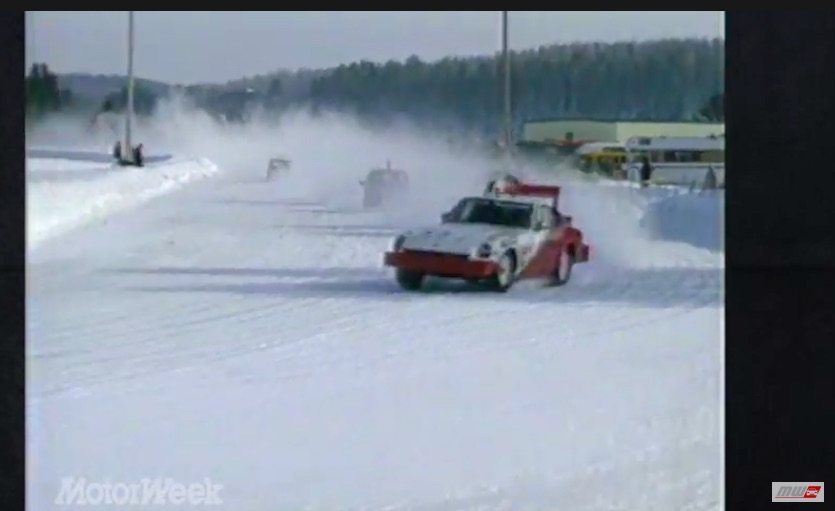 We live in a world of loads of racing options today. If you want to hit the drag strip, go for it. Want to go budget endurance racing, pick a series, banging fenders in cheapo Enduro cars? Also on the table. But one form of cheap racing that has been going for decades in cold climates is ice racing. This MotorWeek feature from the late 1980s is great because it shows off the sport in a fun way, on a day 20 degrees below zero in Canada.

Most of the cars you will see here are little econoboxes but the dude running the Datsun Z car is really doing it right. As you’ll see, that thing looks like a Le Mans prototype as compared to the majority of the tin can competition. Ice racing is so fun because it’s a sport (for the most part) designed to be run with beaters. They slide, they bang fenders, and sometimes they bang snowbanks. Hell, one guy even goes onto his lid in this video.

Like all racing, there is “serious” ice racing that’s pretty intense, but the majority of the racing of this type still happens as it does here, for fun, with little to prize money and with cars that have one foot in the mechanical grave. The warm weather dwellers may not get it, but if you live somewhere in the regions where the lakes freeze, get out there and have some fun!