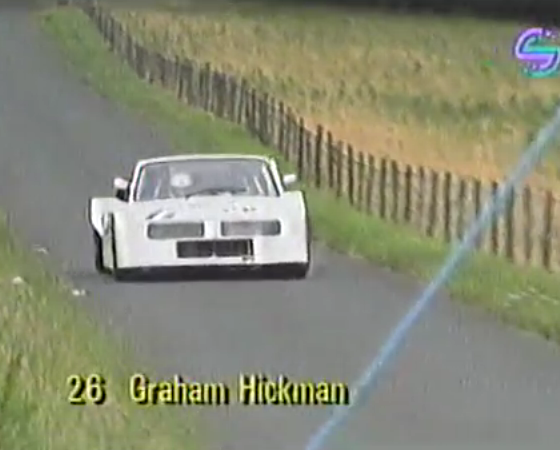 It is steep, it is narrow, it is very fast, and it is the oldest continuously running motorsports event (aside from war pause) contested on the same course in the world. The first running of the Shelsley Walsh hill climb took place in 1905 on what was essentially a dirt path up a hill. The event was more of a test of what cars were capable of climbing the near 11% grade that defines the course. Over the years the speeds increased, asphalt was added, and from an opening quick time of 70-seconds there are now cars running it quicker than 25 seconds! This video is from the 1990 event and we chose it to feature the race because it has all of the right elements. A great explanation of the course, V8 cars screaming up the hill, wreckage, open wheel mayhem, and more.

It is fun to think about the legacy of events like this one. It is rare to be able to claim that an event actually began at what was really the dawn of the automobile and continues today and it is still run at the same place. The “course” is on private land so when a 99-year lease ran out prior to the 2004 event, a scramble was on to get everything in order to keep the tradition alive. A charity organization was founded and they raised nearly one million British pounds to secure another 99-year lease for the event so this thing literally has a future that the current generation of racers will not live to see the end of. How incredible is that?

There is no “return road” so once competitors make a rip up the hill they gather up there and then return en masse. It is one of the real rituals of the event and it is a second chance for the crowd to see and interact with the drivers as they slowly idle by them. We’re officially bucket listing this one. The setting is in a small English town, the cars are freaking awesome, and the history is quite literally beyond compare. Who else wants in?

KABOOM! Watch This Demolition Derby Driver Bail Quick When His Has A Flaming Transmission Explosion Ever Wonder How A Lenco Transmission Goes Together? This Video Of One Being Rebuilt Is Cool