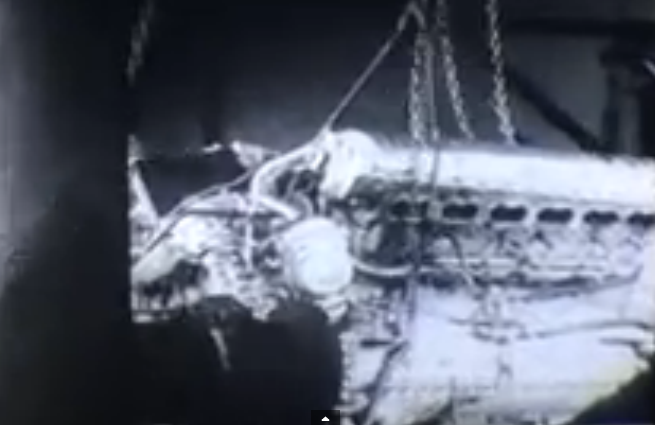 As much as we love our mighty Allison engines around here, the real hero power plant of WWII was the Rolls Royce Merlin. With tremendous horsepower and reliability, it was the Merlin that made the P-51 Mustang into the legend that it is and it was the Merlin that was produced by Packard, Ford, and Rolls Royce by the war’s end because the design was so good and the need was so great. The original engine was conceived and tested in the late 1930s as the clouds of WWII were forming and Germany was beginning to jump ugly with the rest of Europe. By the time of the war’s end, the Merlin had evolved quickly and was making much more power than when it was first designed. With a two stage supercharger, it could make great horsepower at high altitude and at lower heights, it made Spitfires and Mustangs into real hot rods of the sky.

The craftsmen and processes in this video are long dead. They’ve been replaced by robots and machines, sadly. Watching this engine go from the design stage with hand drawn plans to the prototype with machinists literally creating the first one out of thin air, and then into production seeing the cranks get turned, connecting rods get made, and other components finished is fascinating. With good reason, our English pals swell with pride when talk turns to the Merlin engine. That monster was a huge point of national pride and to watch it be built, we understand why.

If you are into history and engines, this video is one of the neatest things that you will ever watch. The parts actually in the factory are truly breathtaking.

A Monster of Malaise: The 1974 Cougar XR7 Had A 460, Suspension Made Of Jello, and Body Roll For Days KABOOM! Watch This Demolition Derby Driver Bail Quick When His Has A Flaming Transmission Explosion