The ToyoHog Is A Hacked Together Harley Powered Prius That Is Genius! It Is For Sale And We Have Video 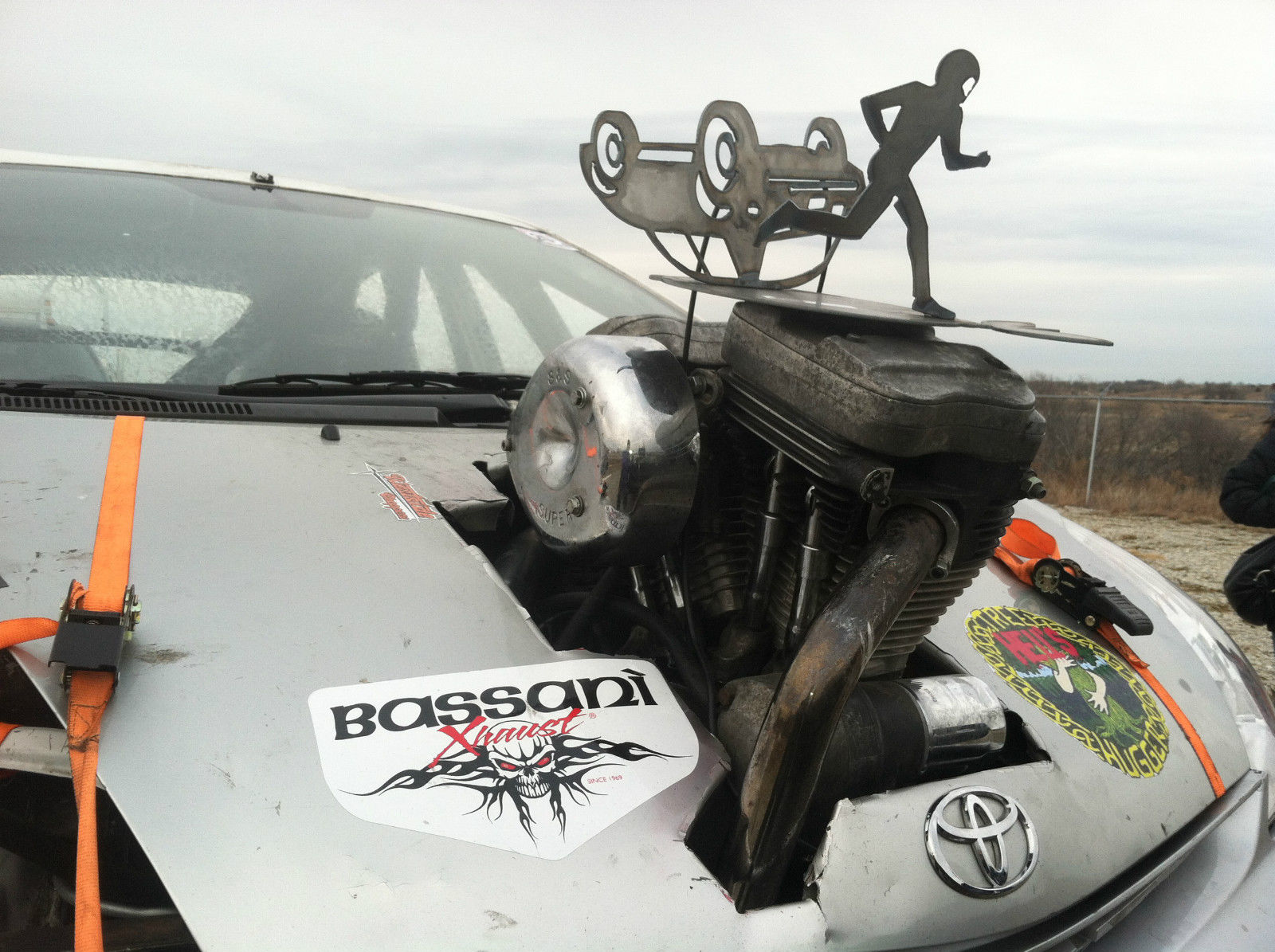 There’s something that makes our little hearts jump for joy when we see a Prius modified in ways that would make the happy shiny people in their lame ass TV ads weep. You can imagine our unbridled joy when we (a) learned that someone had actually ripped a Prius apart and installed a Harley V-Twin engine in the front of it for power (b) raced the thing and (c) is selling it to the next sick and twisted person that wants to scare children and make the guys over at Tree Huggers Anonymous pee in their corduroys. The ToyoHog is a lot of things but pretty isn’t one of them and fast isn’t one of them either. That doesn’t make it any less cool. The car was built to compete in the 24 Hours of Lemons, which it has done and survived the journey. It is not currently running because after swapping the clutch the current owner cannot get it to start again and now he’s done with it. Sounds like something the local Harley dealer could handle, or you could always bring it into the Toyota service department…right?

The ad is funny as you’d expect. Here’s an excerpt of the seller being very honest about what the car is:

There’s a lot more where that came from in the ad, so it is totally worth a read. As the seller mentioned, the roll cage is pretty nice looking and whoever did that job seems to have known what they were doing. The fact that the motor is hanging half (or 3/4) out of the hood is totally flipping awesome and it is like a pair of middle fingers announcing their presence to the world. The seller claims that the car is street legal. We can’t see any real reason why it wouldn’t be although in any state with emissions testing we think you’ll be boned. That being said, registering this thing in Michigan and then going out on a road trip in it to some hippy dippy event would be all time. Imagine the tears!

We could go on and on but instead we’ll tell you to look at the photos, watch the video and click the ad link to see the true genius of the ToyoHog!

SCROLL DOWN TO SEE PHOTOS AND VIDEO  OF THE AWESOME ToyoHog Prius On The Track As Well As The eBay Link! 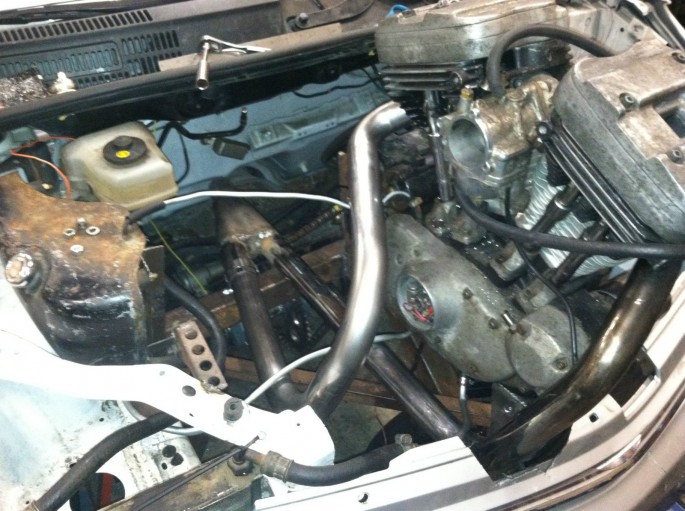 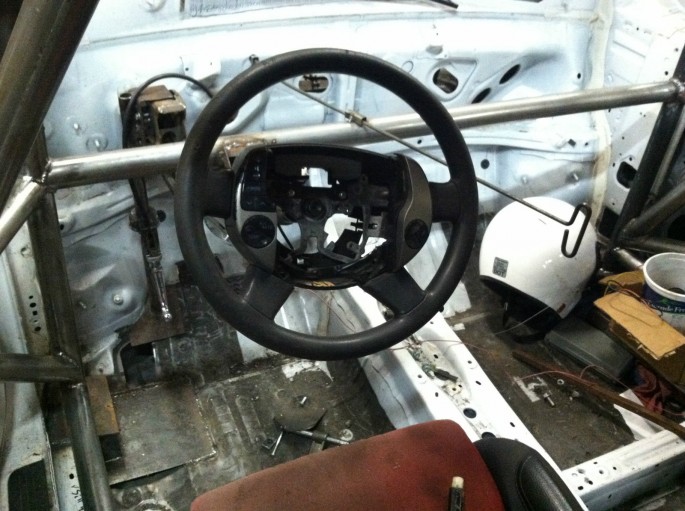 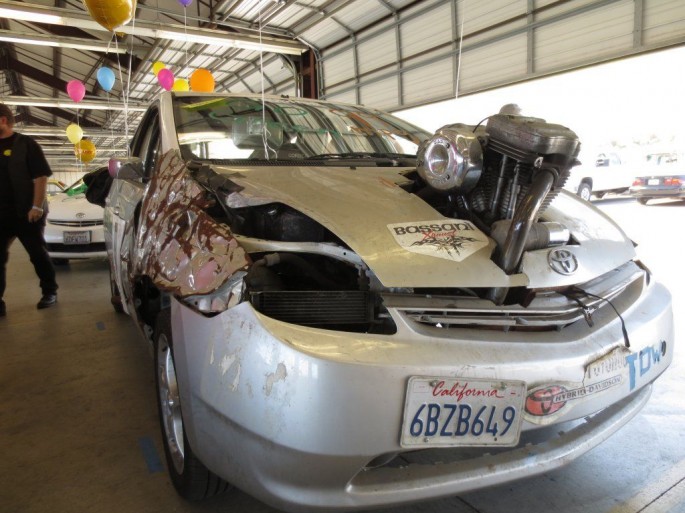 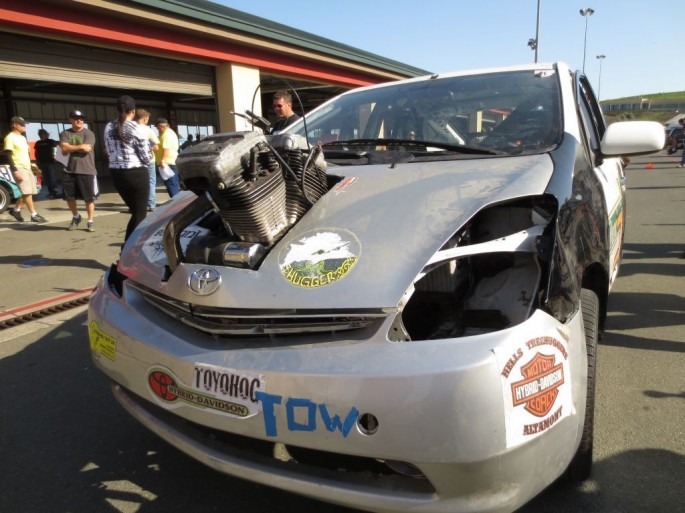 8 thoughts on “The ToyoHog Is A Hacked Together Harley Powered Prius That Is Genius! It Is For Sale And We Have Video”