This Two Minute Alfa Romeo Produced Video For The Introduction Of The 4C Is A Stunner – The Message, The Visual, And The Attitude (May Not Be Work Safe) 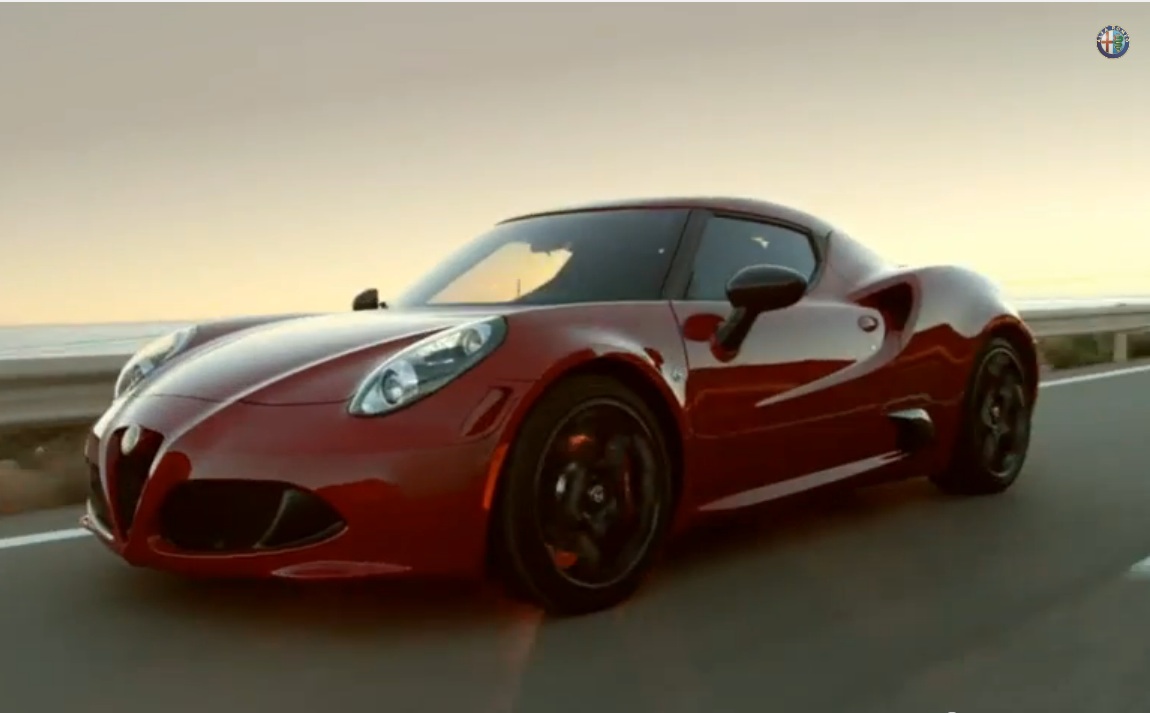 I meant what I said in the title about this video flirting with the borders of what would be considered “safe” for work. There’s some pretty intense stuff happening here and I do not mean that in the creative tone, I mean that in the mostly naked girl, bum showing kind of way. I’ve made this sound salacious when in fact it is the exact OPPOSITE of that, but I do want to keep you out of hot water at the office, so you have been warned. I think that this video is the best thing put forth by a manufacturer to promote a sports car in decades. Why? It strikes right at the heart of the “this is not something you need” argument and goes onto to explain why you want it in some of the most fantastic ways you can imagine.

As we have known for thousands of years, sex sells. This video is automotive (and human) sex. It is about beauty, passion, lust, and all of the things that drive people to do crazy things like buy fast Italian sports cars. It is a brilliant approach if you ask me. Instead of just showing some guy flying around beautiful roads and highlighting the engine noises of the car, which this video does do BOTH of those things, it takes the whole scene to a higher plane. It isn’t so much telling you to buy the car as it is validating your feelings for it and validating your desires for it as well.

I don’t think I am heading off into some wild space when I tell you that beautiful women and beautiful cars have been linked so long as the two things have existed in the same time period. It would have been very easy for this to turn into some sort of horrible pandering type video to get all the 16 year old boys wound up about the Alfa Romeo 4C but is isn’t. There’s a great level of class here, at least to me. Juxtaposing the car against the incredible female forms shown here only makes sense as it appeals to one of the basic desires of many, many guys all over the world and that is the need or want to possess and enjoy something beautiful. The 4C is one of those things.

We’d say congrats to Alfa for this film and having the stones to run it as they have. With nearly 7-million views in two days it is obviously doing a fine job to get the message out. You may not care about the car, but I’d highly suggest checking out the video as it really is that good.

7 thoughts on “This Two Minute Alfa Romeo Produced Video For The Introduction Of The 4C Is A Stunner – The Message, The Visual, And The Attitude (May Not Be Work Safe)”