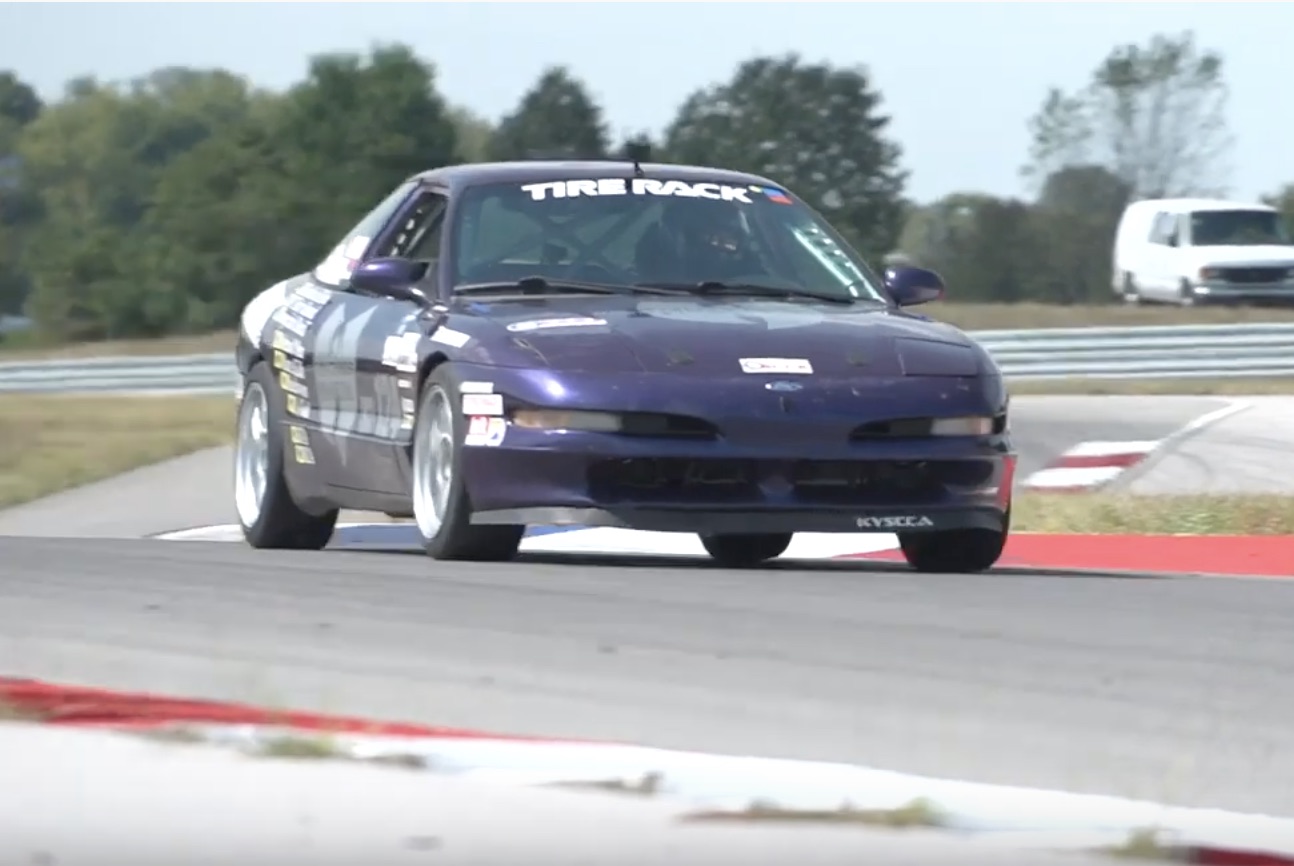 With that chill in the air, the frosting of snow over everything, and the fact that peeing outside is now a health hazard due to the potential for frostbite, it’s time for budget beater racing in Kentucky. The King of the Heap racing series that takes place at NCM Motorsports Park is half a month away. I don’t own the 1987 Mercury known as the “Dirty Cougar” anymore, but the car still exists, is still owned by a member of the racing team, and is getting sorted for it’s next season of track bashing. You’ll get updated on the progress of the Cougar later on, but before we try to fling a $600 hooptie around the track again hoping for a different result…you know, maybe we can try to make it go fast this time?…let’s start by showing you one car that not only survived KOTH, but actually went and found a come-up for itself.

Team Cold Lotion stomped all in the first season of KOTH and their gift for winning? Well, that was simple enough…Ford Probes are now banned by KOTH house rules. Even without looking at the times or other metrics, I can tell you that there wasn’t a lot that was keeping pace with the purple people eater pictured below. I remember the first time I saw this car. It was mostly intact, was sitting on some wheels raided from a Jeep Cherokee, and had “COLD LOTION” drizzled across the hood in sickening white paint. Didn’t matter, that car kicked the ass in on every other beater there. Three years later, and that same Probe is pissing off sports car owners at track days. If they could’ve only seen the beast in it’s original livery, just once. The face of disgust on a track-attack 370Z driver’s face when a high-winding Probe passed them up would’ve been amazing.