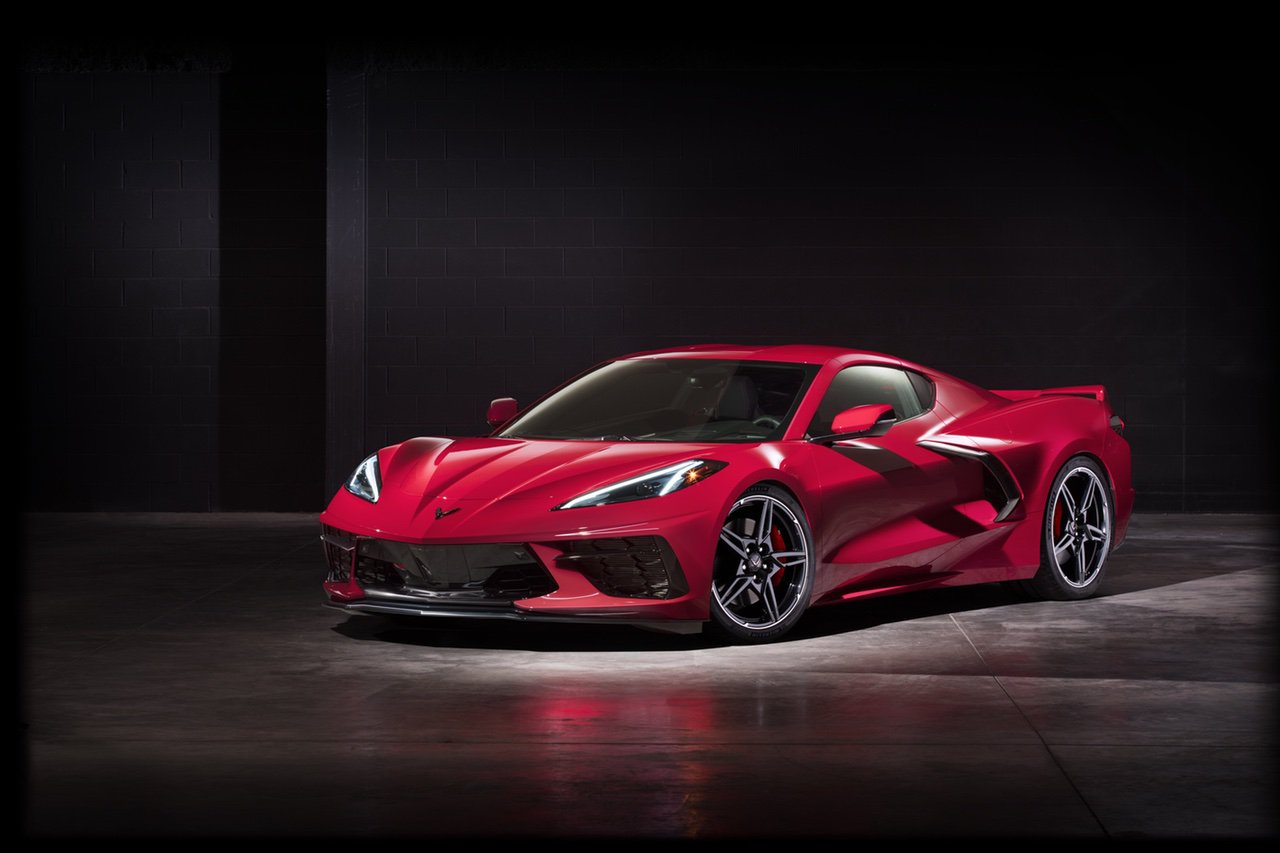 (Photos: General Motors) We had to wait. We had to wait through a presentation by renowned astronauts. We had to wait through concept cars like the CERV test vehicles and the Corvette Indy prototype. We had to endure years of gestation on this vehicle, and we’ve had to endure the drip-feed teasing that was truly unnecessary, but for all of that waiting…the decades of checking out, from the days of Zora Arkus-Duntov’s work with the 4-Rotor prototype in 1973 to the days of a sliced-and-diced Holden Ute sneaking around test facilities. Those days are gone. The 2020 Chevrolet Corvette Stingray is official, it’s present and accounted for, and last night, it was fully de-camouflaged and revealed to the world. 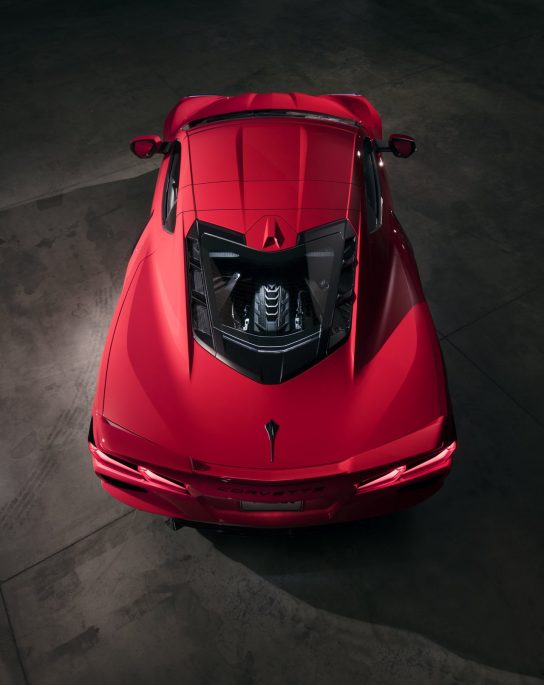 We will keep things short and sweet for you: The engine is a new 6.2L V8 dubbed “LT2”. It’s an 11.5:1 pushrod V8 with a dry-sump oiling system designed to be effective at over 1g of lateral acceleration. The LT2 is good for 495 horsepower and 470 ft/lbs of torque in the entry-level model and there’s no doubt that bigger and badder versions will be coming soon. Unfortunately, the seven-speed manual is gone, replaced by the Tremec-designed M1L eight-speed dual-clutch transmission. The suspension setup is composed with short/long arm double wishbones front and rear. Magnetic Selective Ride Control v4.0 is found on Z51-equipped cars, and a front lifting system that raises the nose two inches and can be programmed to remember up to a thousand GPS points for automatic nose-raising can be optioned. Brakes are four-piston at both ends, Brembos up front and on the Z51, at the rear. The dry weight of the new C8 is 3,366 pounds. 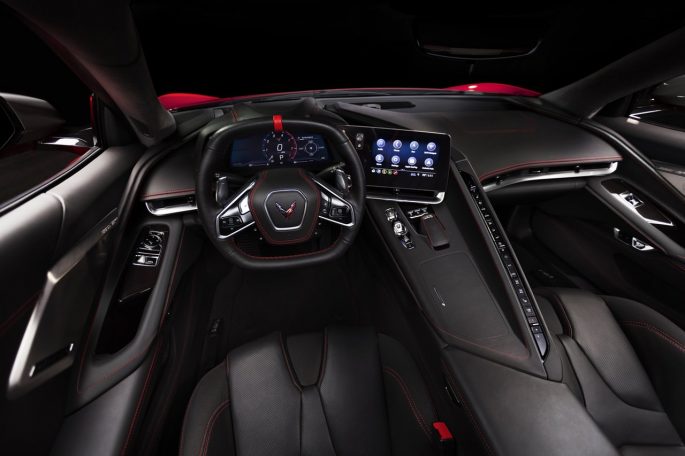 There’s tons of technology involved with the C8 Corvette, but here are a few items that should be looked at. First off, there is no mechanical shifter for the DCT. That is now controlled by the Electronic Transmission Range Selector (ETRS) and is composed of buttons for Park, Neutral and Low/Manual Shift, and two pull toggles for Reverse and Drive. Per GM’s press release: “The shifter has been designed to be more attractive and compact than a standard shifter.” Another bit, one we like better than the shifter, is the “Z Mode” and corresponding button on the steering wheel. Basically, you go into the “MyMode” configurations, set up how you like the car to perform when you’re ready to get on the chip, and the Z Mode button is your scramble button. Hit it, everything automatically goes to your personal setup and it’s time to get down. That beats the hell out of scrolling screen after screen to set up your own personal track-day weapon. And that is barely scratching the surface of what’s going on here tech-wise. 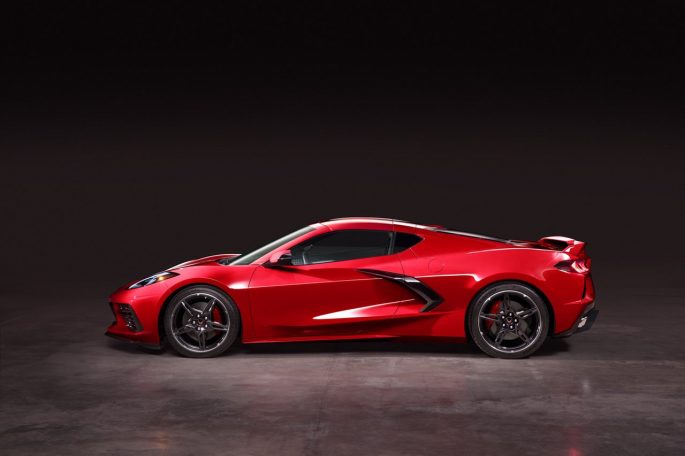 In the spirit of keeping this short, we’ll touch on the one other item that everyone wanted addressed from the moment a mid-engined Corvette was a possibility: how much will it cost? Official pricing was not announced at the reveal, but General Motors President Mark Reuss did say that the base-line figures for the new C8 are going to be under $60,o00. Now, let’s be sincere for a moment: nobody is going to get s scrape-by, $60,000 C8 Corvette. But in the land of mid-engined sport machines, that is still a tantalizing point. Look at the competition and the pricing structure they run and compare it to the new Corvette and it’s evident that there was a solid attempt to keep the cost in-line with typical Corvette pricing…meaning, more bang for the buck compared to the other options in the marketplace.

Production will begin in earnest later in the year at the Bowling Green Assembly Plant in Kentucky and will be hitting dealerships soon thereafter.