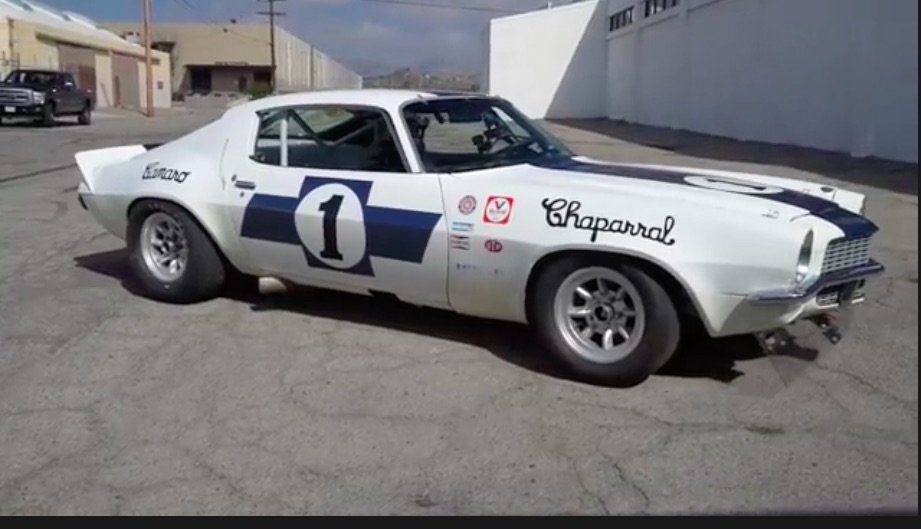 Tomy Drissi is a name that some hardcore sports car and road racing fans may know and maybe not for the greatest of reasons, but we’ll get to that in a second. This video is an awesome profile and look at exactly what a top level Trans-Am car was in 1970. The car in question is the factory backed 1970 Camaro of Jim Hall that is restored to the exact spec that it raced in a little more than 50 years ago. From the brutally awesome little 302ci small block to the massaged fender flares, this is the real deal. Beyond just looking at the car, this video actually takes us inside for some donuts, full throttle rips, and cruising action in what could be the meanest small block powered second-gen we have ever heard.

The history and the interesting mechanical bits here are just the teaser, the real payoff is seeing the car haul around and watching Drissi knock it up and down through the gears. Adding to the sweetness is the fact that it’s the last car that Jim Hall ever drove professionally before taking his talents exclusively to the design and engineering end of the spectrum of professional racing. Totally awesome.

Regarding Drissi, he has been a racer of note for decades now in vintage and road racing. He has competed in multiple levels of NASCAR competition as a road course specialist and is perhaps best known for his time in Trans-Am where he captured a championship and once or twice captured the ire of officials and other racers during competition. If you want to see a wild video just check out what happened between he and Amy Ruman at Mid-Ohio back in 2015.

The car, the collection it looks to be a part of, and the history here are astounding. Crank up the volume when that small block fires up!

Tiny Trucks Abound: Hyundai Introduces The New Santa Cruz - Optional Engines Pack A Horsepower Punch A Formidable Fox: The 1992 SAAC Mark II Mustang Was Big Bucks Back In The Day But It Hauled