Raw Video: Here’s A Behind The Scenes Look At The Famed Sonic Wind Rocket Sled 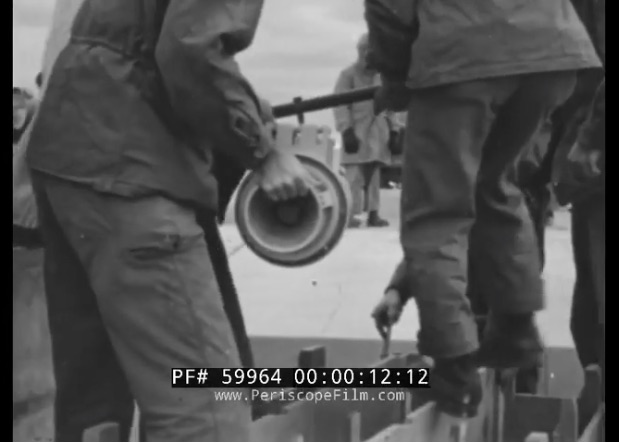 There are lots of things that I see in my life and think, “NOPE…not for me.” None of those things even begins to approach the level of NOPE as the famed vehicle known as Sonic Wind 1, the rocket sled that Col. John Paul Stapp rode to speeds and G-loads that no living human had ever experienced in the middle 1950s. This was the type of cold war research that required people with massive smarts and massive balls to pull off. Stapp rode the sled a couple of times and defied death every time the belts were cinched down. The dude went 620+ mph on it during his last ride and that’s where this video comes from. This is the setup for that final blast (not) into oblivion.

Here’s the thing. This video is silent and in some ways it is kind of boring. But it is only boring if you do not know the context of what is happening. The rockets being pulled out of their crates, Stapp standing there talking to people, saying God knows what and somehow keeping himself from being a blithering mess before breaking Earthbound speed records that human beings had never thought of before.

Video like this is a legit window into time. It is not edited, produced or otherwise altered. This is as it was the day that Col. Stapp went rip roaring down the tracks for the final time before he retired.

Press play below to see this killer video from 1954 – rocket sled action!

2 thoughts on “Raw Video: Here’s A Behind The Scenes Look At The Famed Sonic Wind Rocket Sled”