This Video Review Of The 1970 and 1971 Trans Am Racing Seasons Is Excellent – In-Car Cameras, Sideways Action, Screaming Small Blocks, Etc 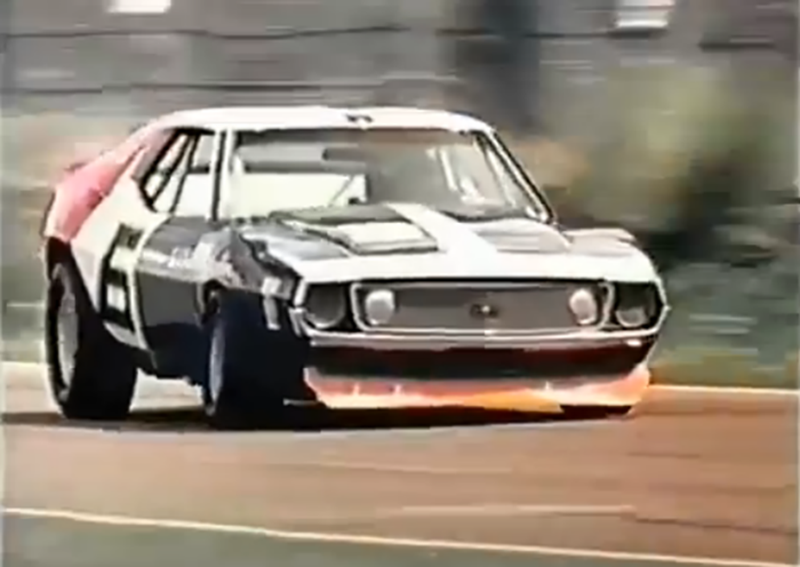 1970 and 1971 represent what many people believe to be the best years in the history of the Trans-Am series and when you watch this awesome video recap of those two years below you’ll most likely agree. There is so much non-stop action, the race cars were so tightly matched, and there was a plethora of factory teams as well as privateers on the track for every race that we can hardly believe it actually happened when looking through a modern prism. Just wait until you see the throngs of fans that showed up to watch this stuff. We have been to modern road racing events and let’s just say that they’re not exactly drawing like they were more than 40 years ago even at the same tracks.

1970 is the year best known for the pitched battle between the Ford and American Motors teams. The Fords which had suffered reliability issues in the previous seasons, really had their act together coming into 1970 and the AMC team, while in completely new equipment had the brains of both Penske and Donohue to tap and the driving prowess of said Donohue to boot. As you will see, the Fords jumped out to a dominating early season lead but the pluggy AMC team got better and better with ever race before making it a pretty tight finish the following season. 1971 was the year of AMC domination. Those guys ate everyone up and spit them out without too much trouble. From 1972 on the series kind of slid further and further into obscurity as the factory money left and the notoriety of the Trans Am diminished.

Outside of the great racing action in the video there is some really, really good footage of what pit stops looked like back then with gasoline spilling everywhere, no pit road speed limits, and stalls barely wide enough to get the car into. It really was a dangerous game back then but the crew guys were certainly top shelf. Watching them do tires and stuff is pretty neat, especially when you think about today’s crews being comprised of essentially professional athletes.

The cars are the biggest draw for us in a video such as this. You’ll see all the famous cars of this era including the short-lived Chrysler entires and even a very quick snippet of the famed Pontiac Grey Ghost! These were professionally made films so they are nicely shot and edited and the sound is great. There is some hokey skidding noises laid in here and there but overall, 100% fantastic sounds of small blocks on the ragged edge.

PRESS PLAY BELOW TO SEE THIS VIDEO REVIEW OF THE 1970 AND 1971 TRANS-AM SEASONS!

We Tour Trick Flow Specialties To See How Their Products Are Made - Gearhead Nirvana The Loop Video : Does The eMax Challenger Carry John Hotchkis To Victory Or Wreckage?

2 thoughts on “This Video Review Of The 1970 and 1971 Trans Am Racing Seasons Is Excellent – In-Car Cameras, Sideways Action, Screaming Small Blocks, Etc”