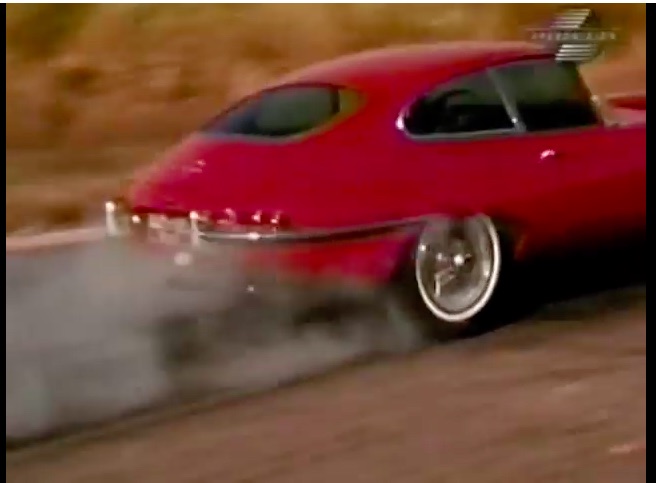 Whether you are a dyed the wool muscle car fan or someone who appreciates all the different shapes and makes of cars over the years, you have to admit that the 1960s Jaguar XKEs were something special. From the design to the performance, they were on a different plane than loads of other stuff on the road. That being said watching this vintage road test of a late 1960s Jaguar XKE is amazing. Why? When have you EVER seen a stock version of an XKE treated like this?! When we say “treated like this” we mean beaten as hard as it could be. The results were pretty amazing to see when we saw the video so we can only imagine how people reacted 50 years ago.

The car out brakes anything we have ever seen on Car and Track as well it should, being about the only thing that had four wheel discs at the time. It actually beats the acceleration numbers of a hemi Charger in their testing and it out-handled every whale like muscle car they ever had on the show by a country mile. With a shortened cone interval the thing was still 10mph through the slalom better than a 1969 Dart!

This is a true gem of a video. Seeing the thing boil the tires when the test driver dumps the clutch made us smile wide as did watching this baby drift through the corners and look completely and utterly awesome in the process.

Best of 2019: Can You Make A Leaf Blower Fly? Watch As These Guys Give It A Shot! Best of 2019: This Vintage Ad For Irwindale Raceway Will Make you Long For SoCal Living 50 Yars Ago