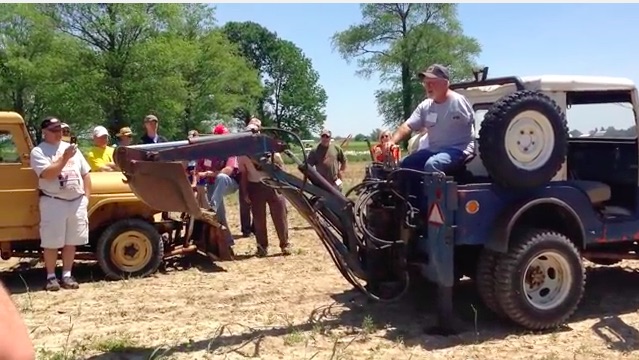 When WWII ended and the little Willys Jeep had become one of the most iconic symbols of American ingenuity, toughness, and success, there was one problem that Willys was facing. What were they supposed to do now? With the country no longer engaged in a war that required a massive manufacturing effort to support and with an Army already well stocked with Jeeps, how would the company continue to profit from the little rig outside of the military realm that clearly would not longer need it in the volumes they once did.

The answer was simple. The American farm. That eventually became the farms of the world, but first the Jeep was adopted by farmers and ranchers like few vehicles they had ever loved before. The thing was by all intents and purposes as capable as a small tractor and it had the added benefit of being able to drive at automotive speeds and carry passengers as well. No, it was not strong enough to replace a huge machine pulling a 10-bottom plow, but for small farms the Jeep was a boon.

One of the things that Willys figured out early on was that the addition of a PTO (power take off) would make the thing even more useful and open the Jeep up to an explosion of aftermarket attachments and parts. Such was the case and we have some videos below showing the neatest attachments in action. From plows to saw blades, post hold diggers, trenchers, and the ultimate attachment, the backhoe, the Jeep could quite literally do almost anything the owner needed.

Press play below to see old Willys Jeeps doing all kinds of stuff!