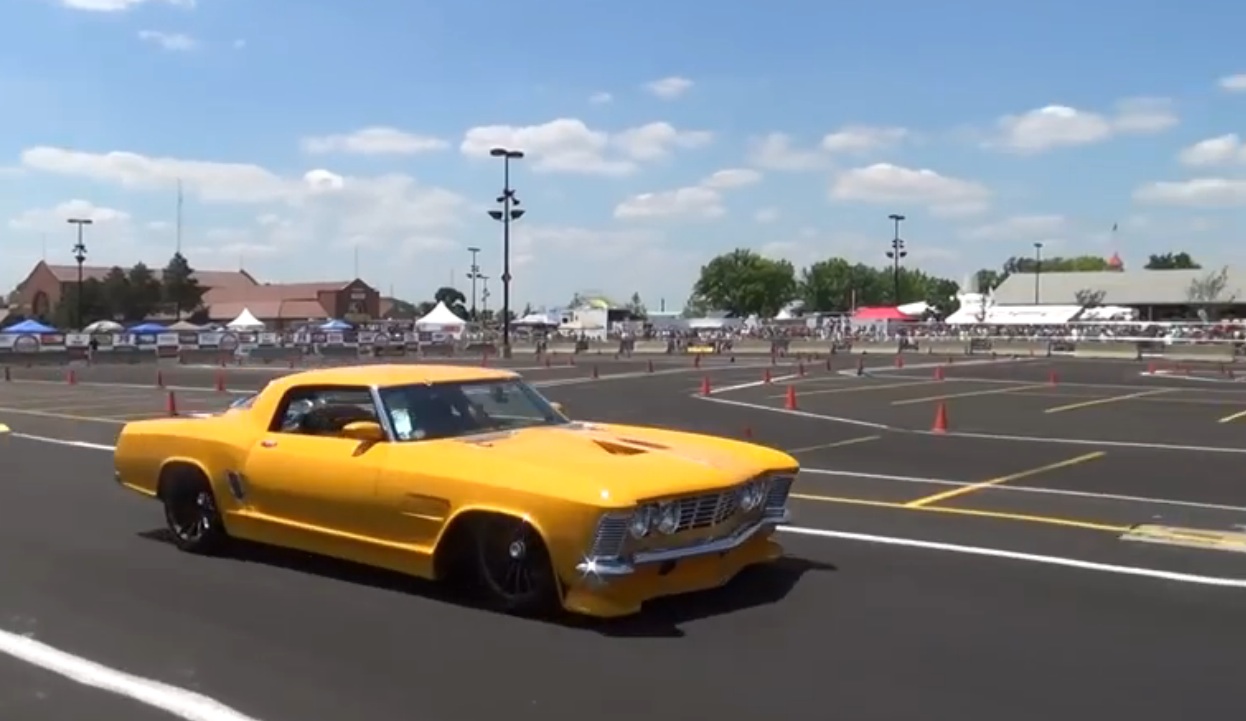 Kids, we live in a generation where Ridler Award winning cars are cruised on the streets, taken to the Bonneville salt flats, and in this video the defending Ridler winner is autocrossed at a Goodguys event. How awesome is that?! There are Ridler cars that have run for less than one minute in their entire lives and will probably never see actual sunlight after being tucked away in the corner of some expansive building or collection somewhere. These days, if it is not able to be used and even mildly abused, people don’t look at it the same way, right? Blame it on Freiburger or others of his ilk who pounded on the “cars are meant to be driven” message for a long, long time but that has certainly pervaded every aspect of the hobby. Simply rolling around the fairgrounds and looking cool isn’t enough anymore. Now, to be fair Ridler cars represent some of the most amazing creativity and craftsmanship that the hot rodding world has to offer and often times those cars are viewed more as works of actual art than automobiles. Not to J.F Launier, the builder of this thing!

The Buick is a polarizing car. From the color to the styling and looks, this thing is unlike any other Buick ever constructed. A twin turbo LS7 engine with the turbos being mounted in the aft of the car is what is providing the umph here. It sounds wicked and Launier isn’t exactly romping on the car but he is giving it enough of a kick to get it sideways and turn the tires as he weaves around the cones. Is this as cool as when Checkered Past showed up on the Bonneville Salt Flats last year? Maybe not in the scope of the location but the fact that this car was actually being used in a competition environment is fantastic. Racecars have won the Ridler before but it has been a long time and it is even neater when a street style car wins and then gets used like this.

J.F. Launier gets it!

PRESS PLAY BELOW TO SEE J.F. LAUNINER TAKE THE 2014 RIDLER WINNING REVISION OUT ON THE GOODGUYS AUTOCROSS COURSE –

Project Raven: The Prelude To The Stage 2 Build Raymond Beadle Has Died - All Time Drag Racing Great Was Phenomenal Driver, Visionary Promoter, Loved The World Over