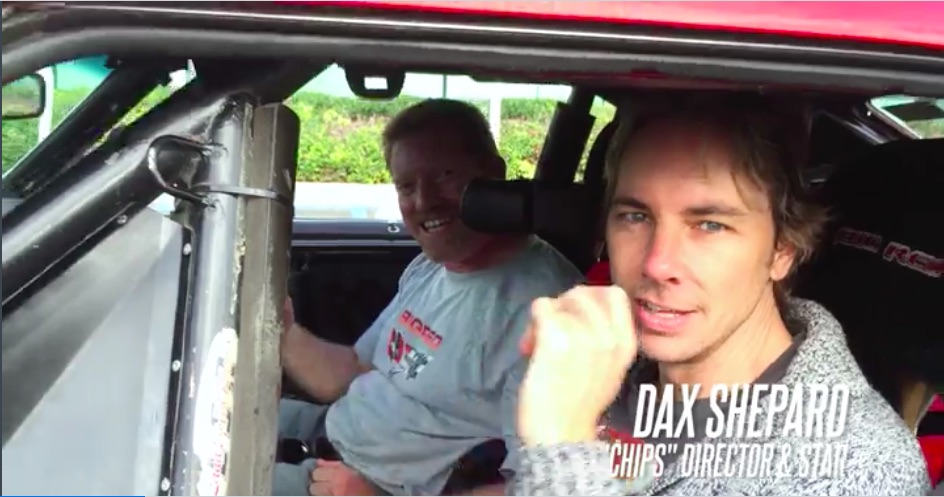 Now this is pretty cool! Word has leaked out over the last week or so that the iconic Big Red Camaro was about to hit the big screen. As it turns out, the car will be seen in the CHiPs move being directed and co-starred by car guy Dax Shepard. The move looks pretty funny through the previews and stuff we have seen and now knowing that the monstrously powerful and brutally fast Big Red Camaro will be in the flick is another reason we’re going to pony up and see it.

We got our grubby mitts on some video of Shepard firing up the car and making some parking lot laps on the set of the movie with car owner RJ Gottlieb in the passenger seat. While there is not big speed or sideways action to be had here, the car sounds absolutely vicious and we’re hoping it sounds even better when it gets beaten on in the film.

We have no idea what the car will be doing in the move but we’ve got our fingers crossed that it will entail a high speed chase, lots of tire smoke, and some beauty shots of it making big steam! There have been a lot of iterations of this car over the years, mostly in the suspension and power plant departments. Huge engines for land speed racing, mighty big blocks for road racing, and this boosted bullet for Hollywood stardom. That’s good math for us.

CHiPs opens this weekend and that means a new generation of gearheads will see the Big Red Camaro and instantly fall in love with it like we did!

10 thoughts on “Watch Dax Shepard, Star Of The New CHiPs Movie Make Some Lot Laps In The Big Red Camaro”