Wild Video: Watch Kenny Brack Race A GT40 In the Rain – Some Of The Most Amazing Driving Footage EVER 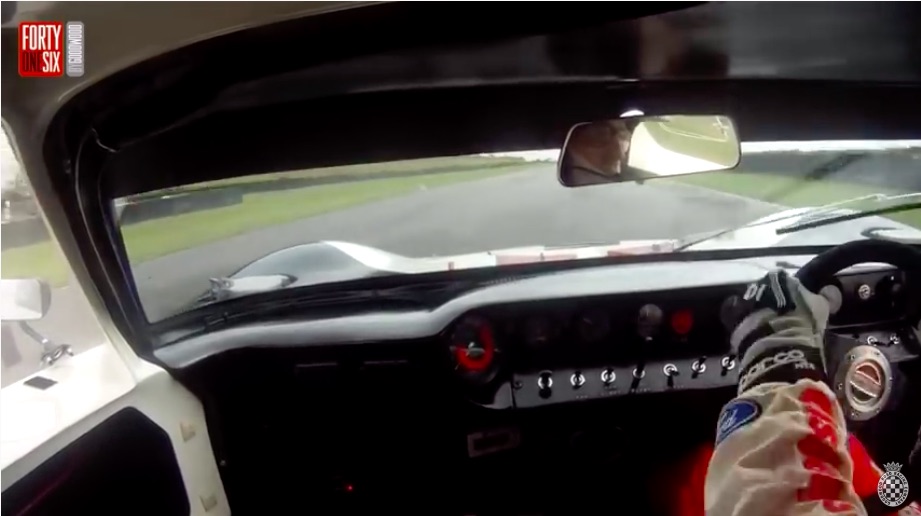 While Kenny Brack is retied from full-time racer driver mode, he still races a lot and he serves as the chief test driver for McLaren so it isn’t like the former Indy 500 winner and IndyCar champ is sitting around the twiddling his thumbs. This being said, the guy is tack sharp still behind the wheel and this amazing video is the proof behind that statement. This is Brack racing a GT40 around the Goodwood road course and doing so in a soaking rain. The car wants to head in every direction except the one it is supposed to be going in and Brack’s work to keep it on course while other GT40s are literally headed off into the grass ahead of him is insane.

Assuming that this car is close to “period”or is perhaps an actual GT40 that was constructed in the 1960s, we’re getting a pretty good look at what racing one of these things in the rain was when it was new! This is not a GT40 that has bee wildly modified with more power, more advanced suspension, etc. Nope, this is a lock, stock, and barrel 1960s style car and therefore, when you see those photos of the GT40s on Mulsanne or some other unnamed straight plowing through the rain, understand that the people inside them were not just fearless, they were off their damned rocking chairs nuts.

We watched this one a couple of times to marvel at Brack’s quickness (still!) and his innate sense of car control. We’d have looped this thing in about 15 seconds or less. Completely mental.

This video is completely ridiculous and highlights the skills of Kenny Brack like a boss!

One thought on “Wild Video: Watch Kenny Brack Race A GT40 In the Rain – Some Of The Most Amazing Driving Footage EVER”