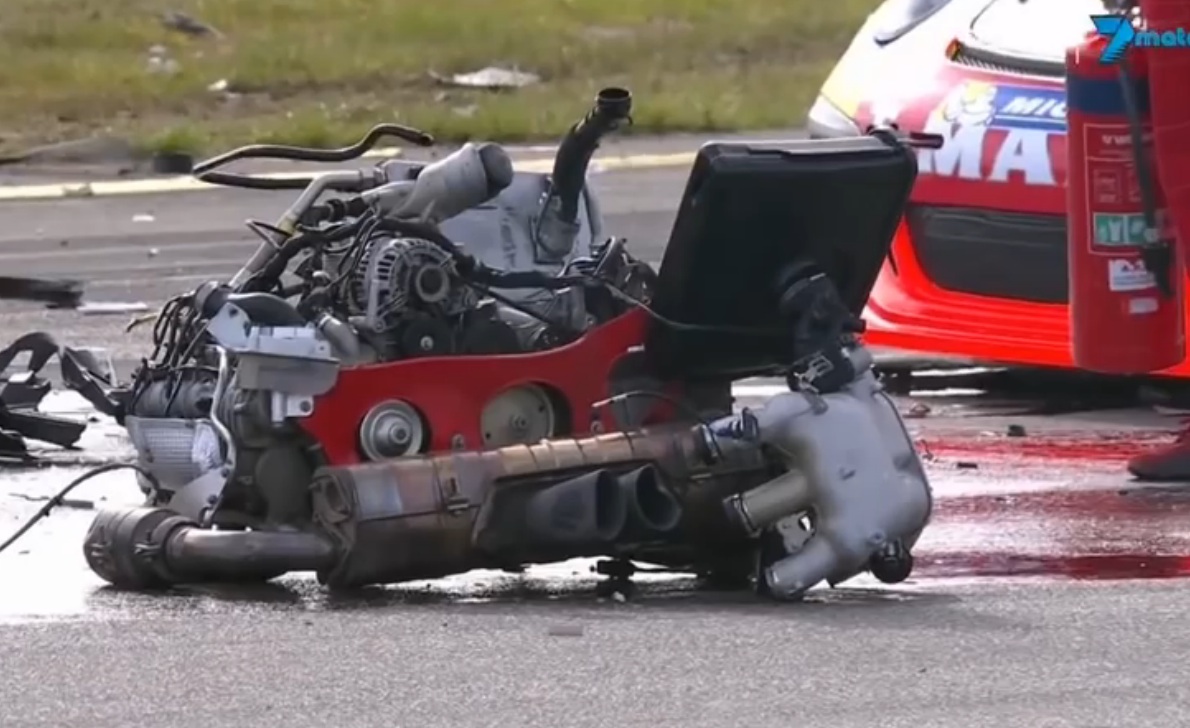 Sometimes you are just a victim of circumstance, angles, and physics on general. Such was the driver of the Porsche Carrera Cup car at Sandown Raceway in Australia when the car was struck after spinning and the entire smoking, smoldering, and sizzling engine was ripped from said car and deposited right in the middle of the race track. We have seen pulling tractors literally jettison engines before but this is the first time we have seen a Porsche race car do it. The crazy part is that you’d expect something like this to be an almost unimaginably bad hit, but it wasn’t. In fact, it seems like it was two shots that sealed the engine’s fate as roadkill. The first was a clipping strike to the rear of the car as it spun in heavy traffic. After that one, the engine was exposed and perhaps the mounting bolts weakened. The second shot was a neat T-bone and definitely the biggest impact in the jam up. That was the shot that finished the job.

The level of incredulousness in the voices of the Australian TV guys is pretty funny and we don’t blame them! If we were calling a race and all of a sudden an engine was placed there on the track because it was smashed out of another racer’s car, we’d be a little on the slack jawed side as well. The coolest part of this video is the fact that these races are so well covered, they have about 100 angles of the whole mess going down. You’ll dig the slow motion and in-car views of the mess as it happened. Being unfamiliar with Porsches, we’re wondering if the engine simply bolts to the bellhousing alone or if there are other mounts to secure it? We get why it flew off if it is simply bolted to the trans. If there are other mounting methods that failed….that’s someone else’s problem.

Thanks to Arild for the tip!