Watch The Saddest Camaro Burnout Ever End With An Even Sadder Impact – How Does This Happen? 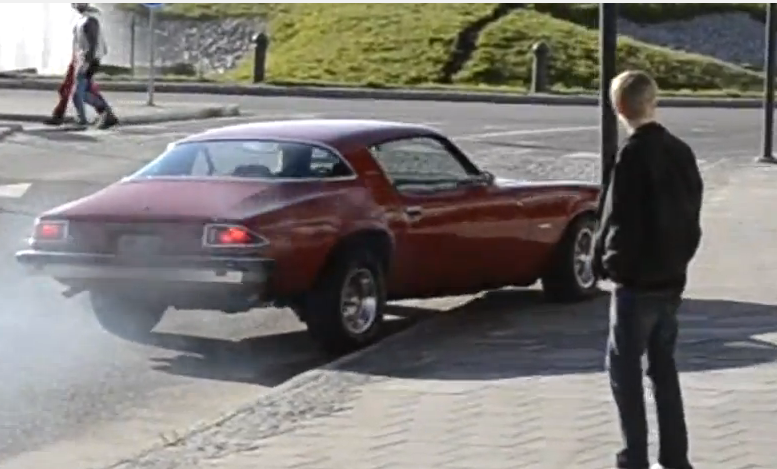 While no one will be calling the Lohnes residence and offering me a ride in a Formula One car tomorow, I feel as though I am fully functional behind the wheel. I am not going to out duel Jimmy Johnson tomorrow but I am certainly not going to look like the guy featured in this epic failure video below. Filmed in Sweden, we see a guy in a really clean 1970s Camaro come around the corner and then stop in the road to give the guy shooting video a burnout show. That’s all well and good. He does the typical brake-stand style burnout and things are going OK at first.

The car slowly yaws sideways with the engine seeming to struggle just getting the tires turning and then the driver let’s off the brake. It would have been embarrassing enough at that point but it gets exponentially worse. See, the guy behind the wheel has the reactions of a corpse and manages to roll the car at an amazingly low speed up onto the curb and into a light pole, which then falls over in a comedically slow fashion. This whole seen unfolds in such a gentle manner, a dude standing on the sidewalk doesn’t even move. There’s a car literally driving past him and he’s completely non-plussed about it because it is happening at like 15-mph.

We have seen PLENTY of burnout failure videos around here but none of them happen with the crushing slowness of this one. The closing shot is of the busted pole and there is not a Camaro to be seen. We bet he made a break for it but was then caught two hours later…about three miles away. Seriously, watch this video and tell us how the dude was unable to keep it off the pole. Unreal.

PRESS PLAY BELOW AND WATCH THIS SLOW MOTION CAMARO DISASTER –

8 thoughts on “Watch The Saddest Camaro Burnout Ever End With An Even Sadder Impact – How Does This Happen?”