Sep 28, 2014Brian LohnesApex Video, BangShift APEXComments Off on Watch Vaughn Gittin Jr “Introduce” The People Of France To The 2015 Mustang 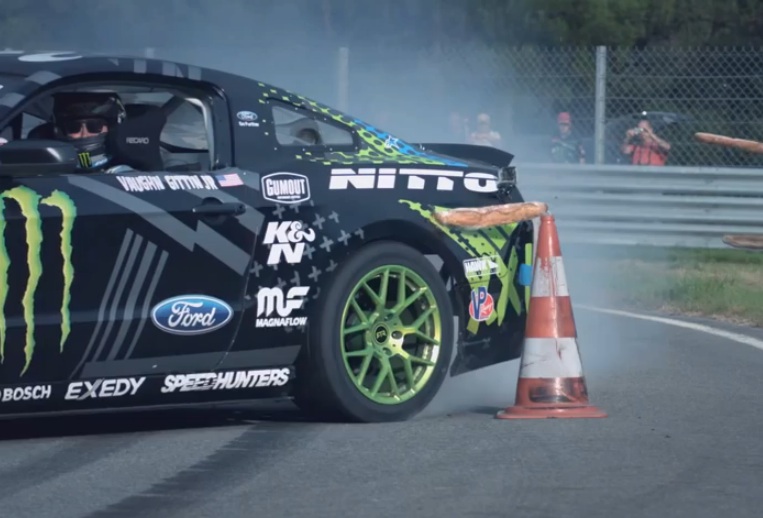 I know, I know we ran a video about the 2015 Mustang yesterday but the fact is that Ford made a bunch of really cool promotional videos to aid in the launch of the car and this one is pretty cool as well. The 2015 Mustang is unique in the fact that it will be the first one produced that can be sold in dozens more countries than previous models as there will be right hand drive versions of the car. As such, Ford gets to basically launch the 2015 Mustang as a brand new car in places that have only been able to get them as imported or gray market vehicles. This is a huge deal for Ford and opens up markets that they were previously locked out of. If you don’t think that people will be snatching up new Mustangs left and right in places like France, we think that you’ve got it wrong. They are selling America, horsepower, and all the good stuff that comes with it…including lots of tire smoke as proven by this video starring Vaughn Gittin Jr, drifting superhero.

The video isn’t wildly creative, overly full of stunts and effects, or otherwise overproduced. Watching the reaction of people on the streets, kids on the sidewalk, and just how the car is incongruous to the ancient streets of Paris is pretty neat. Once Gittin is allowed to get the car onto the track broiling tires and destroying baguettes the good stuff like sideways action and tire smoke really fill the screen.

We think you’ll dig this video because it gets the point across in a fun and subtle way. This is a car people clearly have wanted, clearly like to see, and will make you the center of attention by owning. Those are powerful messages to send to a hungry potential audience. Cool stuff for sure –