This Wild Jeep Project Is Powered By Four Harley-Davidson Engines: It Runs And Drives! 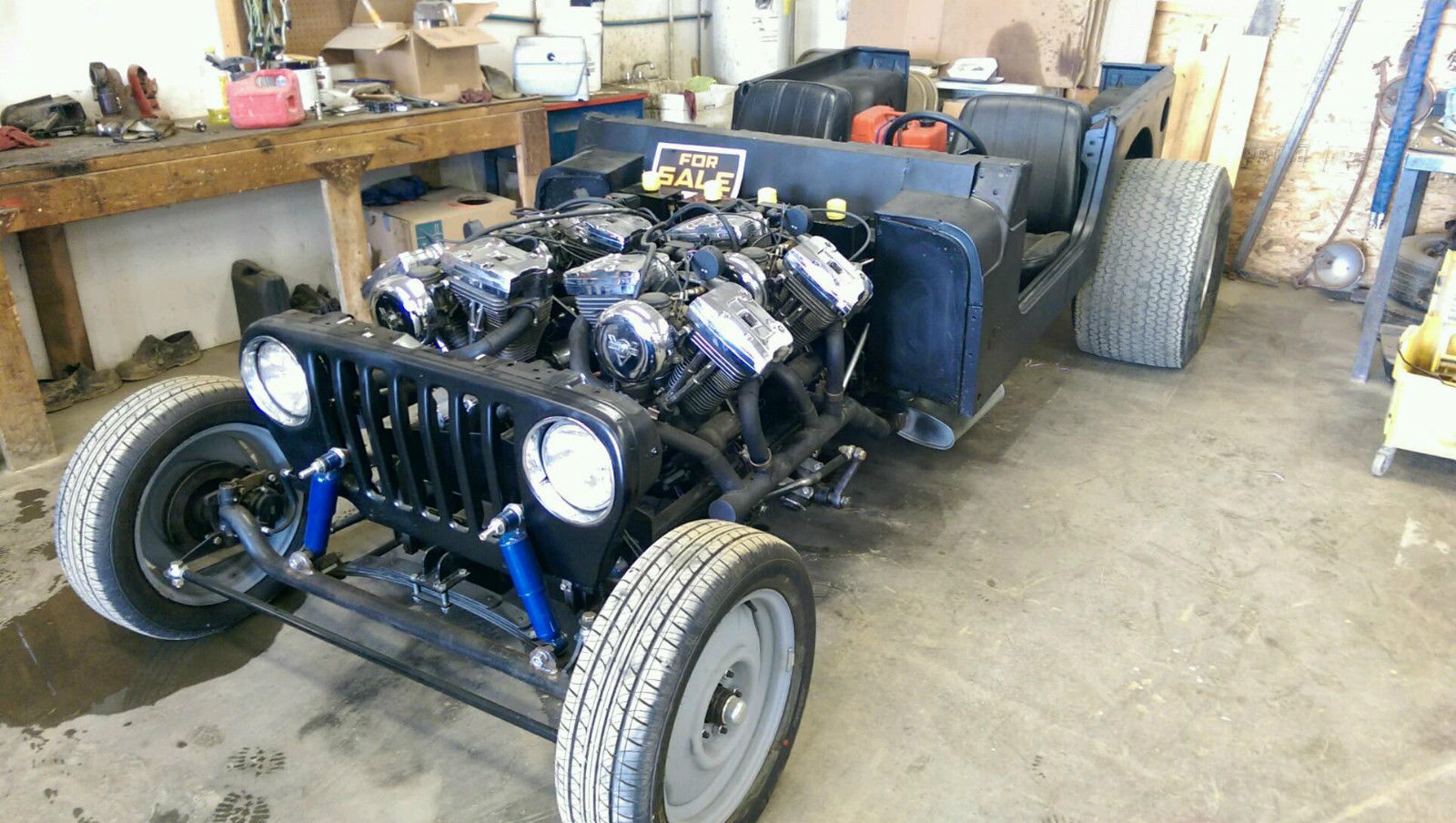 After spending a great day land speed racing and surrounded by some of the wildest machines in the racing world, we naturally decided to hit the land of eBay to see what we could find that would continue to allow our freak flag to fly and boy did we ever. This Jeep bodied hot rod is powered by four Harley Davidson engines and somehow they are all channeled through a Turbo 400 transmission! Each of these engines (if they are stock) make somewhere around 50-60 hp we think so the Jeep would be packing 200-260hp give or take. Due to the light weight and 4.56 gearing, we bet that there is some boogie to be had when the gas pedal is hammered. It wouldn’t be Earth shattering but it sure would be enough to scare someone in the other lane if only through first and second gears!

The Jeep is not just yard art. The thing runs and drives and gets used by the current owner but we’re guessing this is the kind of dude who finishes one insane project, is struck with another cool idea and begins to work on it immediately. The man who builds a four Harley-Davidson engined Jeep is not the guy who sits around at a car show waiting for people to tell him how cool his stuff is. He’s the guy who drives it for 15 minutes and begins to create Honda Civic with a 392 Hemi in it on a dare.

Here’s some text from the ad: 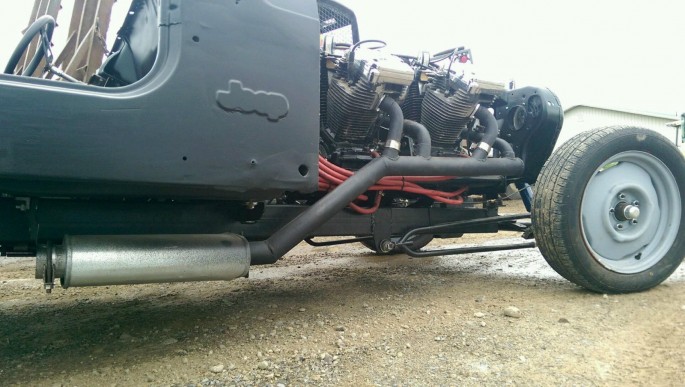 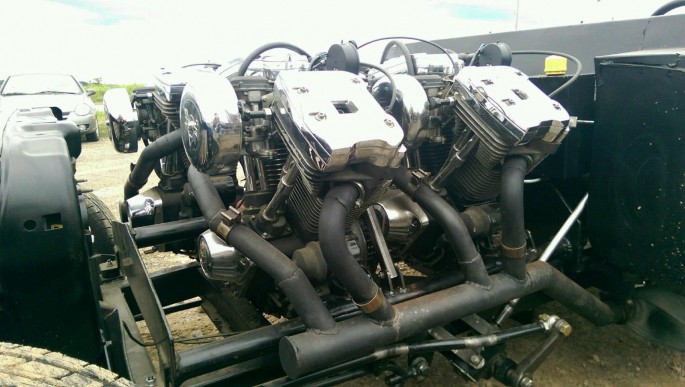 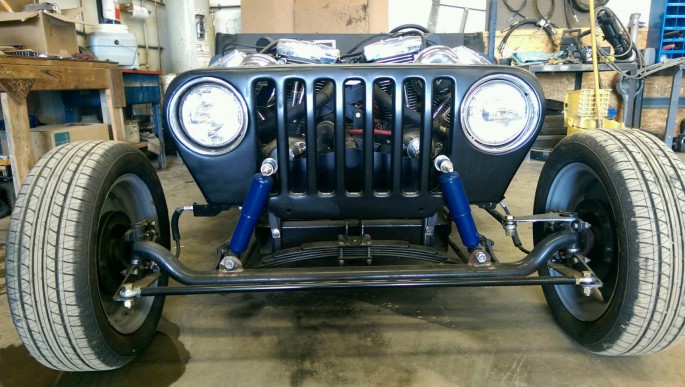 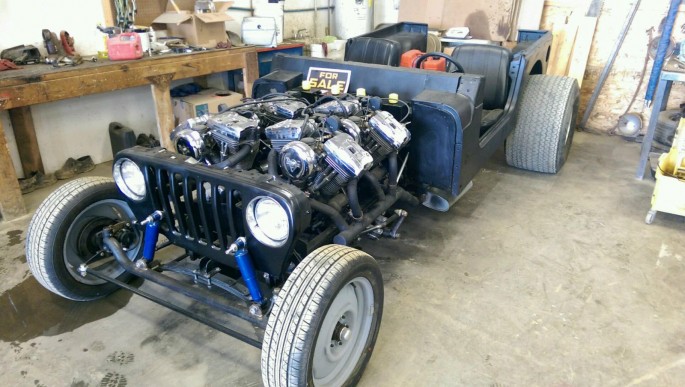 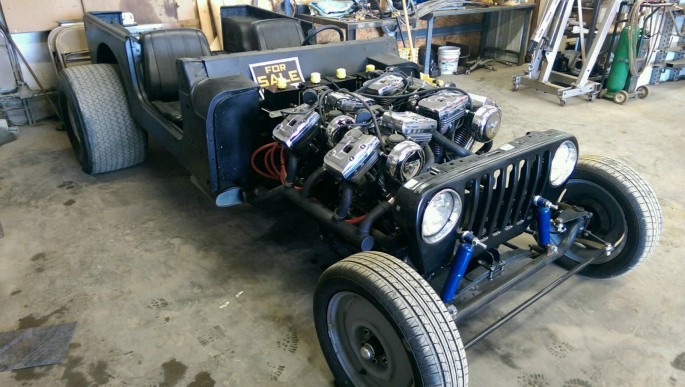 Watch Vaughn Gittin Jr "Introduce" The People Of France To The 2015 Mustang Lift Off Video: Watch This Camaro Launch, Get Vertical, Drag The Bumper And Land On All Four!

11 thoughts on “This Wild Jeep Project Is Powered By Four Harley-Davidson Engines: It Runs And Drives!”