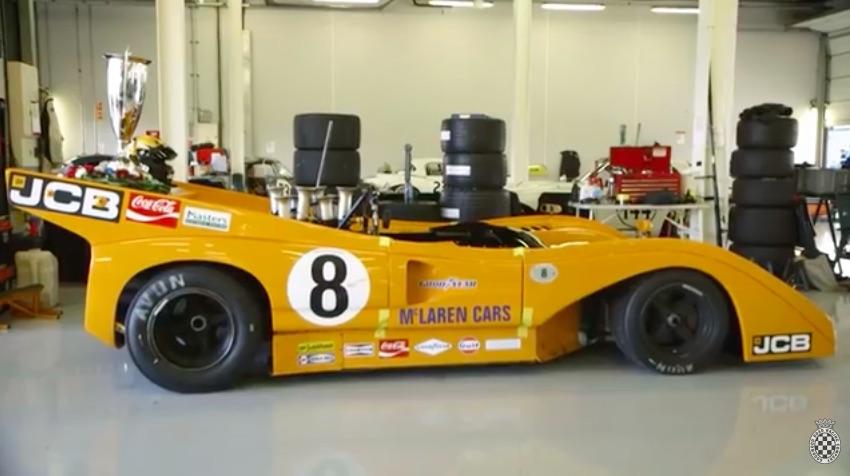 Here’s a great look at what it is like and what it takes to drive a 900hp vintage McLaren Can-Am Car. Driver Andy Newall talks not only about the immense power of the car, not only about the fact that you cannot move your head when the thing is at full bore but he also goes over some of the finer aerodynamic points of the machine as well as some mechanical stuff. Bruce McLaren was a genius that left the world far too soon in the early 1970s but these cars were his masterwork. The whole thing is a study in going faster, generating more grip, and beating the competition and Newall takes us through some of that.

Combining the the technical aspects with a look at what it is like to drive one of these babies hard is our favorite part of the video. You will see the steering inputs being made by Newall here and it looks as much like he is driving a funny car than a road racer. Subtlety is not part of the steering program with a 900hp road racing car.

Lastly, this is neat because Newall captured the Can-Am class win during the weekend this was shot and when you see the silver cup he received for doing it you’ll understand the kind of cashola involved even in vintage racing at this level. He had the car restored and obviously maintains it at a high level. We bet that guy is a hoot to have a beer with!