Historic Video: Watch The Wildest Dirt Track Crash We Have Ever Seen From 1951 – Everyone Lived

Apr 18, 2019Brian LohnesApex Video, BangShift APEXComments Off on Historic Video: Watch The Wildest Dirt Track Crash We Have Ever Seen From 1951 – Everyone Lived 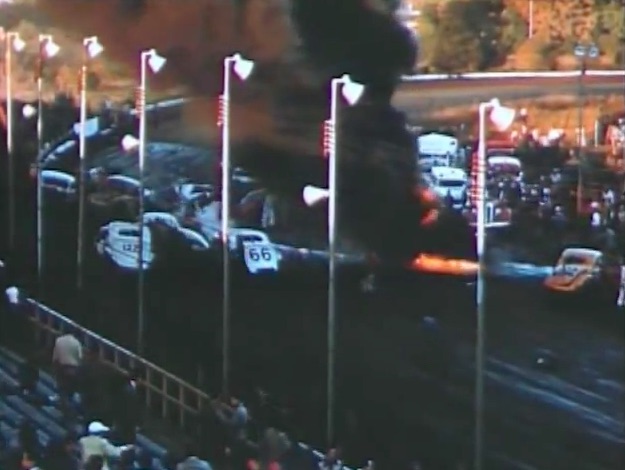 So on Saturday I spent the day at Perris Auto Speedway in Perris, California shooting the next episode of the Motor Trend On Demand show that I do called Put Up or Shut Up. We ran a killer grudge race between six dirt track cars that were pulled out of two different categories. It was a great experience and it’ll make for a cool show with interesting cars and great drivers. During the prep for the show I spent a lot of time learning rules for various dirt track categories and reading about the fascinating history of dirt track racing. One place kept coming up in my research and that’s the former Langhorne Speedway in Pennsylvania.

This was basically the first one mile dirt track built in the country and it started running in the 1920s. It was changed in 1965 from the literal circle that it was to a more D-shaped situation that it ran as through the rest of its days. The place has now become a shopping center but for many years, it was the biggest, fastest, and deadliest dirt track in the nation.

This video from 1951 shows an incredible calamity. This was during a Modified race and the initial wreck happened at a very bad spot on the track. Basically coming onto the “straight” (remember the track was a literal true circle) it was a spot where cars were carrying big speed and because the technology did not exist at the time to have lights around the track to tell drivers of an impending problem, no one knew what was going on. If the first crash was bad, the second, third, and 15th were way worse. Amazingly no one was killed.

Langhorne was known as “the big left turn” because of its shape. On this day it was known as the big wreck for obvious reasons.