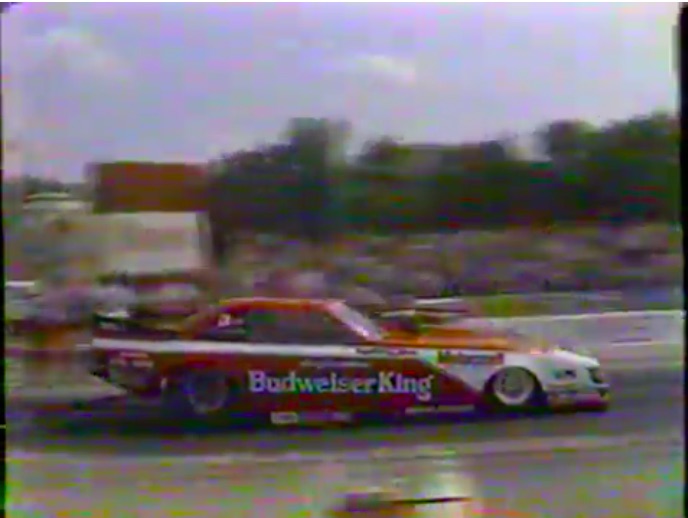 It’s pretty wild to think about an era when there were two sanctioning bodies running nitro funny cars, and top fuel dragsters professionally in the USA. It wasn’t like it was 100 years ago, either. When I worked for IHRA about a decade ago we had both classes. Back in the 1980s though things were different because both series had less events and both series kept off of each other’s schedules and established territory….for the most part. Ohio has always been one of the hardest core drag racing states in the country. It was the hotbed of gasser racing in the 1960s and it has birthed some of the great names and businesses attached to the sport.

The NHRA raced in Columbus for decades at National Trail Raceway and then transitioned into the Cleveland area when they shifted the race to Norwalk, Ohio after that facility swapped sanctions from the IHRA to the NHRA. So before Norwalk was a national event track where did IHRA race in Ohio? How about Edgewater Sports Park out side of Cincinnati.

The track today is not a whole lot different from what you see here. A neat place that has a unique feel, Edgewater is a functional racing facility, if not one where people hold national events anymore.

Cool stuff to pay attention to in this video include people like Marty Reid who, decades after this was made would be the play by play for the NHRA on ESPN. Of course Rickie Smith makes an appearance, there are burning funny cars, the largest names of the 1980s and even an upset or two.

This is a great video.

Retro Review: The 1986 Jeep Commanche Was A Far Cry From The Gladiator of Today Historic Video: Watch The Wildest Dirt Track Crash We Have Ever Seen From 1951 - Everyone Lived