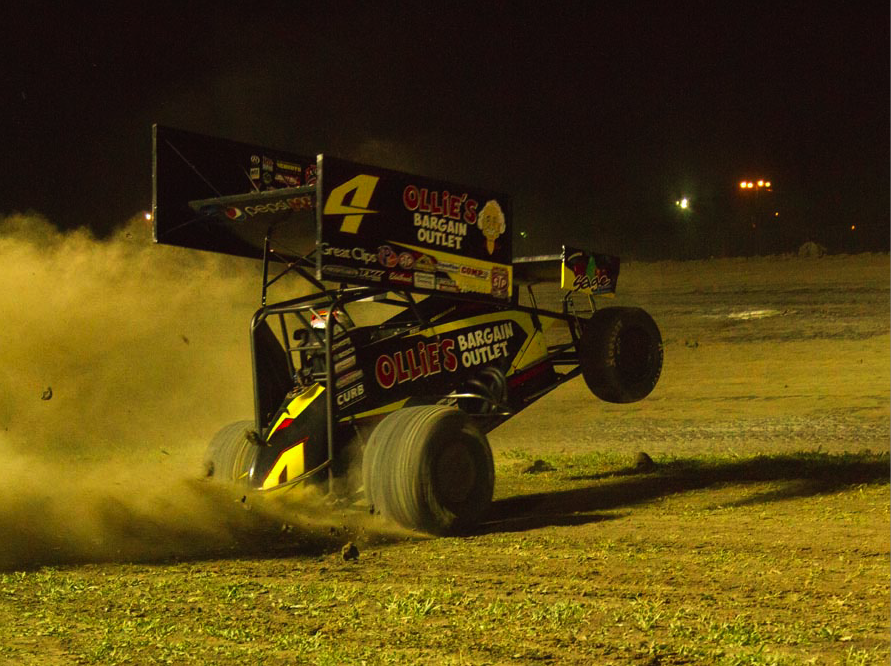 (Words by Mike Burghardt – Photos by Mike and Jeff Burghardt) – STOCKTON, California – Kerry Madsen (a native of St. Marys, N.S.W., Austrailia) led only one lap in the FVP Western Spring Shootout at the Stockton Dirt Track and it was the last one. As he came into the final corner, Madsen was able to surge ahead of the five-time champion, Donny Schatz, in front a near capacity crowd. When they exited the final turn, it was drag race to the checkered flag, where Madsen captured his first World of Outlaws STP Sprint Car Series victory of the season by nearly a half a car length in the American Racing Custom Wheels Sprint Car. A mere 0.115 seconds separated the two “Winged Warriors” at the finish line.Joey Saldana (71M), who was the pole sitter and led the most laps, finished third just ahead of Jason Meyers (21M). Rounding out the top five was Bud Kaeding (0). 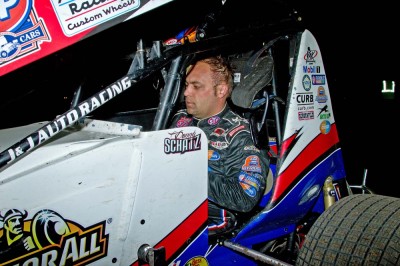 After starting the race in eighth, Schatz rapidly worked his way to the front by the 7th lap. He then quickly stretched his lead until the first of two red flags for large crashes came out on lap 13. On the ensuing restart, Saldana would regain the lead and hold it until near the last two laps. In the closing laps,

Schatz felt comfortable with his chances to win in his Tony Stewart Racing STP (#15) Sprint Car, as he took the lead from Saldana (#71M) in the Motter Equipment HE&M Saw Sprint Car with just two laps to go. As he and Saldana battled through lapped traffic going into turn three, it allowed Madsen (#29) “from Down Under” a shot on the very bottom of the groove and he made the most of it, catching them both by surprise. The large crowd definitely got their money’s worth with displays of excellent driving skills, prowess and on-track strategy and plenty of the acrobatics that the World of Outlaw Sprints cars are famous for on the 3/8-miles Stockton dirt oval.

This will be Steve Kinser’s final season of racing the full World of Outlaws STP Series season tour. Kinser, known as “The King of the Outlaws”, has won 577 World of Outlaw races in his illustrious career of over 35 years that includes 20 World of Outlaws Championships. His son, Kraig, drives the 11K car. The series continues its California Spring Break on Friday (3/28) at Merced Speedway and Saturday (3/29) in the Mini Gold Cup at Silver Dollar Speedway in Chico. 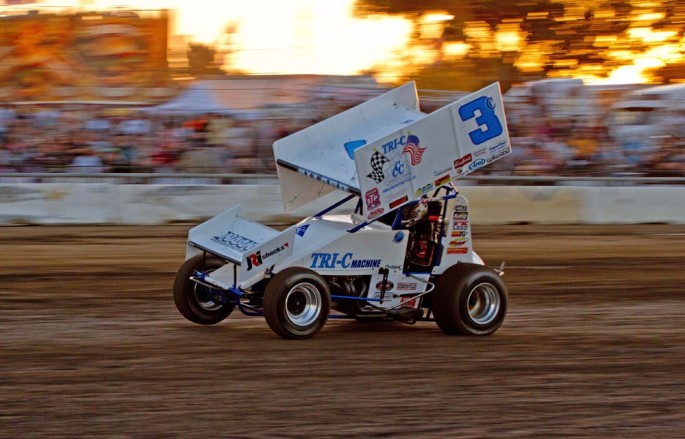 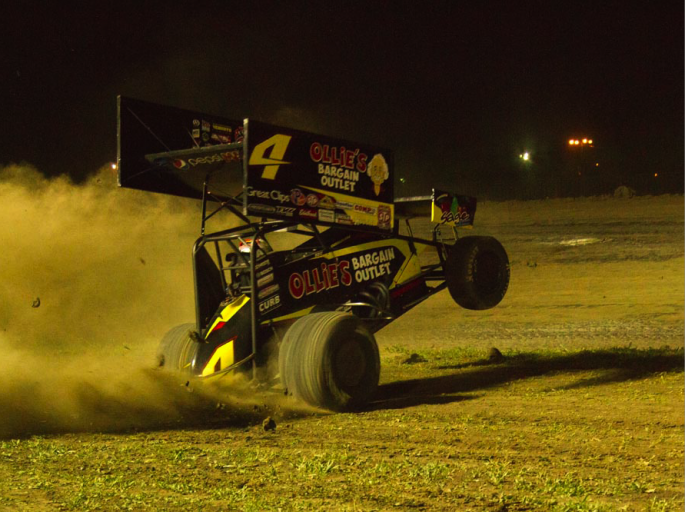 Event Gallery: The 2014 Motor City Hot Rod And Racing Expo - First Time Show And We Were There! The 2014 Buffalo Motorama - Our Last Batch Of Fresh Photos From The Floor and The Rafters (Seriously)

One thought on “RACE COVERAGE: World Of Outlaws Results And Action Photos From Stockton, California”