Yeah, This Is Good – Video Profile On A 480hp 1973 Ferrari Daytona That’s Got Race History And Makes Amazing Noise

Oct 18, 2019Brian LohnesBangShift APEXComments Off on Yeah, This Is Good – Video Profile On A 480hp 1973 Ferrari Daytona That’s Got Race History And Makes Amazing Noise 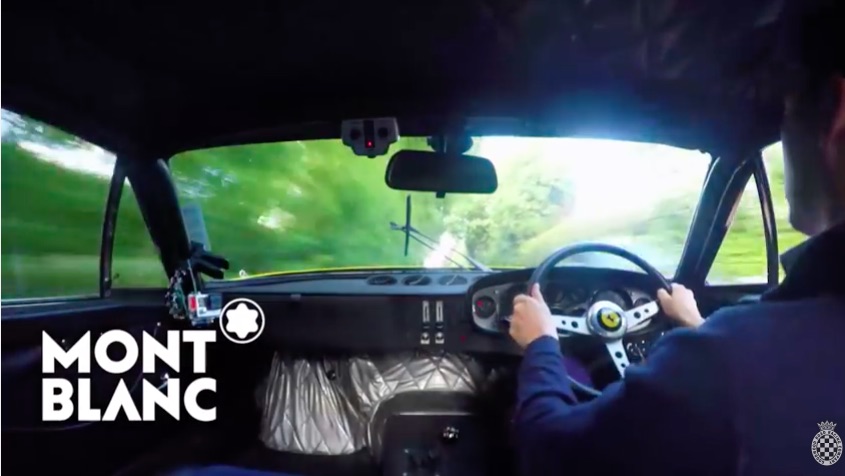 Yes, yes we love our rumbling big blocks and we love our strung out small blocks but that doesn’t mean we can’t love other sounds, right? For instance if you can watch the beginning of this video and not have the faintest admiration to the outright wail of the V12 engine powering the 1973 Ferrari Daytona the video is about, we’re sorry for you. It is the kind of sound that defined Ferrari for decades and in some way still does.

The Ferrari Daytona was a dream car of mine as a kid because it would appear on cool TV shows, in movies like the Cannonball Run, and basically anywhere a character needed to be established as crazy wealthy and into the best of the best. This particular car was not necessarily destined for the pampered life of a set prop but rather the hardscrabble life of an endurance racer and that’s exactly what it did.

With a 480hp V12 engine, a chassis that had been refined and improved over years of competition, and a legacy of Ferrari ass kicking behind it, this car ran at places like LeMans. What was interesting about the early 1970s and racing Ferrari cars was that the factory did not field a team in any other series outside of F1 so all of the Ferrari racers were privateers. This car was run by a French team.

After a rather brief racing career that car changed hands a couple of times before landing with an owner who seems more interested in getting the car out in front of crowds of people making noise rather than having it collecting dust and acting as a mobile shelf in the garage. This video was made by the guys who did the final prep work on the car to get it ready for Goodwood this year and we love the fact that we see and hear the car on the streets ripping it and then see it on the famed Goodwood hill doing the same thing.

Dream Job? This Dude Gets Paid To Go Mud Bogging Every Day In A Tough Tractor Tech Video: How To Swap An LS Engine Cam - Every Step From Start To Finish - Big Power For Not A Ton Of Work